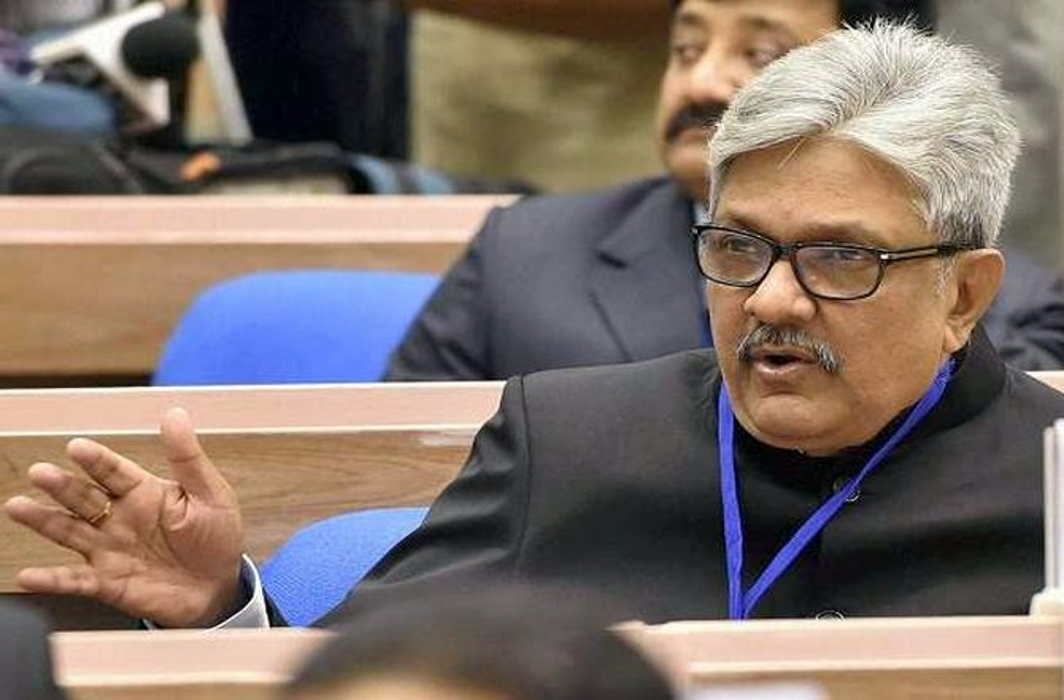 Above: Uttarakhand HC CJ KM Joseph’s long wait for elevation to the SC ended with the government’s formal announcement on Aug/Photo: rediff.com

After stonewalling the elevation of Justice KM Joseph for months, the government finally accedes to the Collegium’s recommendation for elevation of the Uttarakhand chief justice to the apex court

Eight months after the Supreme Court Collegium and the government engaged in an intense battle of one-upmanship, the Executive blinked. Late last week, the government agreed to the elevation of Uttarakhand High Court Chief Justice KM Joseph to the top court, somewhat easing tension between the two.

Justice Joseph’s name was sent by the Collegium, headed by Chief Justice of India Dipak Misra, to the government on January 10, along with the recommendation for elevation of senior advocate Indu Malhotra to the top court. While agreeing to the elevation of Malhotra, the government vehemently objected in Justice Joseph’s case, saying that there were others senior to him in line and that the Kerala High Court (Justice Joseph’s parent high court) was anyway well represented in the top court. While the government also brought in excuses such as why wasn’t the Collegium open to SC/ST judges, the basic reason for this objection was clear for all to see.

It was Justice Joseph who had annulled the centre-imposed President’s Rule in Uttarakhand in 2016, ordering a floor test that defeated the interventionist objectives of the NDA administration. They were voted out. The BJP bided its time till this recommendation came through.

The centre’s objection created quite some heartburn among the Judiciary and the Supreme Court did not want to backtrack. The Collegium met several times to decide on a plan of action and in the end, sent back the same recommendations. Though there are no set rules in this, the tradition is that when the Collegium sends back a recommendation, the government accedes.

The Executive took its time, but it did step aside, easing tension.

There were smaller battles within this in which the Collegium seems to have compromised. In the case of the elevation of Calcutta High Court’s Justice Aniruddha Bose as Chief Justice of the Delhi High Court, for example, the government’s objection had the effect of the Collegium changing Justice Bose’s new role to the chief justiceship of the Jharkhand High Court. A lower profile high court was okay with the government. In Justice Bose’s case, too, his apparent lack of seniority was cited as a reason.

Several of the Collegium’s decisions have met with stiff resistance from the government, and the issue had become so intense at one point that former Chief Justice of India TS Thakur had broken down in public. The Court’s contention is that the government’s objections have been the primary reason for skyrocketing pendency in all courts of the land. It is not just the Supreme Court or high courts that the current government has meddled in. Its strong-arm tactics have been visible all through different levels of the Judiciary. This starts at selecting judges and extends to monitoring each of his/her postings. At every stage of the Judiciary—district judges, special judges, sessions judges, high court judges and Supreme Court judges—the government wants people who are apparently pliable.

The unique position that the Constitution had placed the Judiciary in has been tampered with time and again by the Executive. It is to be hoped that the green signal to Justice KM Joseph is not just a small breather.