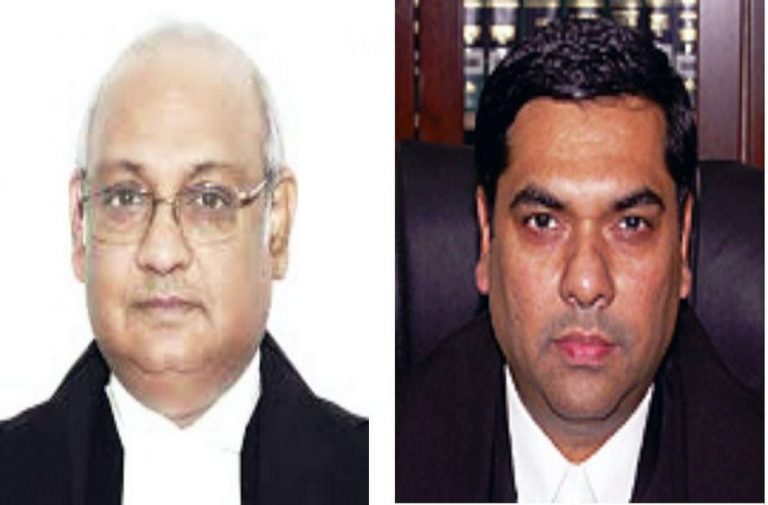 Justice Dinesh Maheshwari and Justice Sanjeev Khanna sworn in as judges of the Supreme Court today. CJI Ranjan Gogoi administered the oath to the two judges.

This takes the total strength of judges of the apex court to 28 as against the sanction strength of 31.

Justice Maheshwari was the Chief Justice of the Karnataka High Court and Justice Khanna was a Judge in the Delhi High Court before their elevation to the Supreme Court.

The two were appointed as judges on Jan 16 by the President Ram Nath Kovind after accepting the apex court Collegium recommendation.

The Collegium recommendation had sparked a row facing criticism from the judges and Bar Council of India calling it “unfair”.

They had argued that Justice Sanjeev Khanna shouldn’t have been elevated on the basis of him being junior in order of seniority.

The Collegium led by Chief Justice of India Ranjan Gogoi unanimously recommended Justice Khanna’s name along with Justice Maheshwari’s on January 10, despite objections raised by sitting judge Justice Sanjay Kishan Kaul who said that the elevation of Justice Khanna would be to overlook the seniority of high court judges.

As many as 32 judges senior to Justice Khanna are supposed to have been overlooked. Justice Maheshwari’s name was overlooked in November last year when his name figured in the zone of consideration for elevation to the top court.

“The recent decision of S.C. collegium taken on l0th January, 2019 recalling and reviewing earlier recommendations of 12th December, 2018 is viewed by the Bar and the common man as unjust and improper. The supersession of several senior Judges and Chief Justices of the country cannot be tolerated by the people; the revocation of the earlier decision recommending the names of Mr. Pradeep Nandrajog and Mr. Rajendra Menon is viewed as whimsical and arbitrary. They are men of integrity and judicial competence; No body can raise finger against these Judges on any ground. The decision of l0th January, 2019 will certainly lead to humiliation and demoralization of such judges and also of several other deserving senior Judges and Chief Justices of High Courts,” BCI said in a statement.