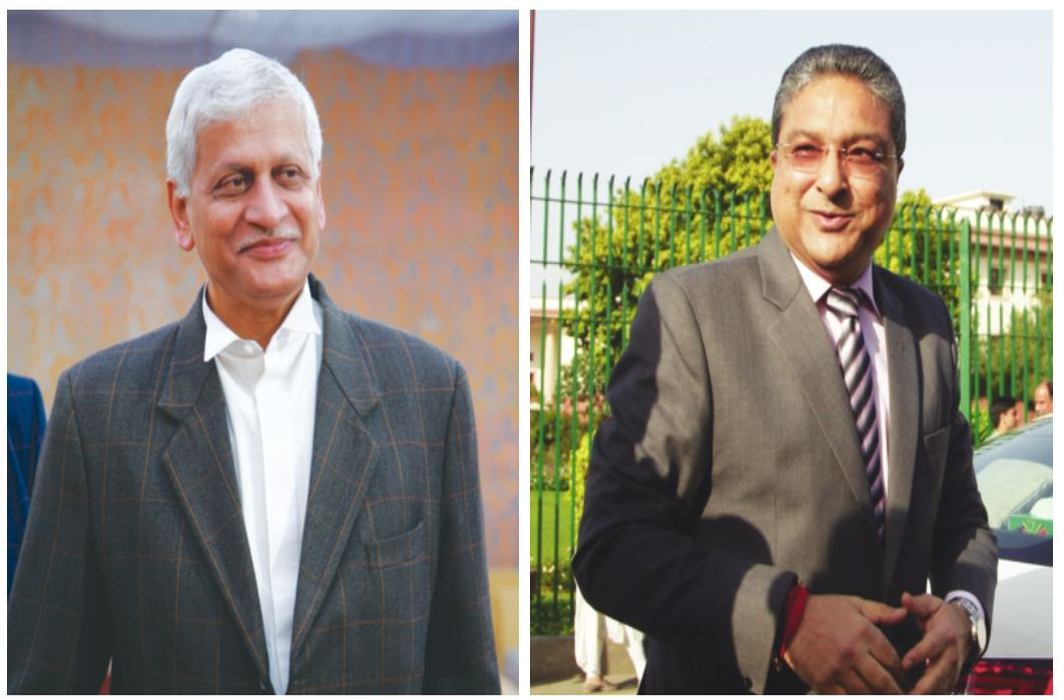 Above: A bench of Justices UU Lalit (left) and Vineet Saran said that even if the allegations were true, the man could not be deprived of a job as the offence was committed as a juvenile/Photo: Anil Shakya

The Supreme Court rejected the centre’s stand that people with criminal records as juveniles cannot be given government jobs, thereby giving them another chance in life

In a landmark judgment, the Supreme Court has said that crime committed by a juvenile can’t be a ground to deny him a government job. This will allow such a person to get a government job and start life afresh.

The case related to the government refusing to give an appointment letter to a man for the post of sub-inspector in the Central Industrial Security Force (CISF) as a criminal case was lodged against him for teasing a girl when he was a teenager. A bench of Justices UU Lalit and Vineet Saran said the criminal record of a child must be treated as erased except in special circumstances so that he can start life afresh. The bench passed the order while rejecting the centre’s stand that such persons cannot be given government jobs because of their criminal past. The Court said: “Even if the allegations were found to be true, then too the respondent could not have been deprived of getting a job on the basis of such charges as the same had been committed while the respondent was juvenile.”

The centre had appealed in the apex court against an order passed by the division bench of the High Court of Rajasthan at Jodhpur regarding the appointment of the man. The man was given the appointment in 2016 and asked to fill a form along with details regarding any FIR lodged against him. While he was an accused under Sections 354, 447 and 509 of the IPC when he was a teen, he specifically mentioned that he had been acquitted in the case. However, the Standing Screening Committee of the CISF decided that he was not suitable for the appointment on the basis of these facts.

The man then filed a writ petition and the single-judge bench of the Rajasthan High Court directed the case “to be decided afresh within 15 days in the light of the guidelines issued by this Court in the case of Avtar Singh vs. Union of India (2016)”. The CISF Committee again rejected the claim, stating that “the respondent was acquitted merely due to lack of adequate evidence and compromise, and that the offence in the charge sheet falls in the category of serious offence, and thus   the respondent was not considered suitable for appointment on the post of Sub­Inspector in CISF”.

Aggrieved by this, the man filed another writ petition which was allowed. The Court then ordered: “..the impugned Order dated 16.1.2018…is  recashed and set aside;   the respondents are directed to activate offer of appointment of the petitioner earlier made to the Petitioner for the post of Sub­Inspector in Central Industrial Security Force. The order may be operated upon within a period of thirty   days from today and all notional benefits shall be prospectively given”. But the CISF filed a Special Leave Petition against this order in the apex court.

After hearing the matter, the Supreme Court observed: “In the present case, the complaint/FIR lodged against the respondent was to the effect that when he was a minor, he had teased a girl a few times and went to the extent of catching hold of her hand. However, the girl and her parents finally decided to pardon the respondent by not giving any evidence against him, resulting in the acquittal of the respondent. In the aforesaid facts, even if the aforesaid is found to be true, it cannot be said that the respondent had committed such a crime, which would be covered under the definition of moral turpitude, especially when the respondent is said to have committed the alleged offence when he was a minor.”

The Court added that the charges were never proved against the respondent as the girl and her parents did not depose against him, resulting in his acquittal on November 24, 2011.

The Court explained that this was with the clear objective of reintegrating the juvenile back in society as a normal person without any stigma.

It further added that Section 3 of the Juvenile Justice (Care and Protection of Children) Act, 2015, lays down guidelines for the centre, state governments, the Board and other agencies while implementing the provisions of the said Act. Clause (xiv) of Section 3 which deals with the “Principle of fresh start” says: “All past records of any child under the Juvenile Justice system should be erased except in special circumstances…. Section 3(xiv) provides for the same and the exception of special circums­tances does not apply to the facts of the present case.”

The Court repeatedly said that the man was acquitted of all criminal charges and even if he had been convicted, he could not be deprived of the job as he was a minor when the charges were framed against him. Therefore, he must be given a fair chance to start life again.

The Court also appreciated that the man did not try to suppress any information and mentioned that in its order. It said: “The respondent had very fairly disclosed about the charges which had been framed and his acquittal on the basis of no evidence having been adduced by the complainant against the respondent.”

Justice delayed in this case, thankfully, is not justice denied.