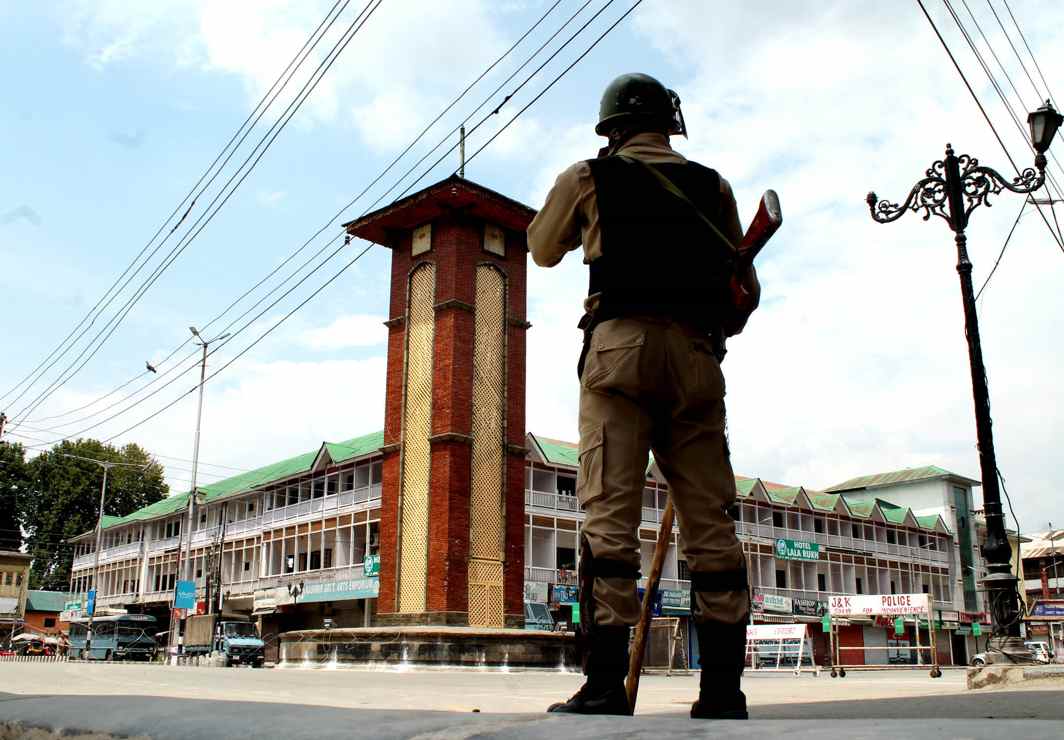 While the February 14 Pulwama terror attack and the massive military and administrative crackdown in Jammu & Kashmir unleashed in its aftermath has left the strife-torn State panic-stricken, the Supreme Court has, on Monday, listed the hearing of pleas challenging the constitutional validity of the Article 35A from February 26-28.

The petitions question the constitutional validity of Article 35A (relating to the special rights and privileges enjoyed by Jammu and Kashmir), which is widely seen by the state’s political and social brass as being critical for sustaining peace, law and order in the Kashmir Valley.

The decision to list the petitions this week comes despite the counsels of the State which is currently under President’s Rule having urged the top court to defer the hearing. Key political players in the State – Mehbooba Mufti’s PDP and Farooq Abdullah’s National Conference too have repeatedly urged the top court to defer the hearings, arguing that the State must first go to assembly polls and that the government elected by the people can then decide the legal stand to be taken on these petitions.

The listing of the petitions against Article 35A which empowers the J&K legislature to define the state’s “permanent residents” and bestow special rights and privileges on them comes at a time when the BJP-led Union government of Prime Minister Narendra Modi is under renewed pressure from the Hindu right-wing to take a firm stand in favour of the prayer to abolish the special status granted to India’s northern-most state under the Constitution. The Centre has, traditionally, been neutral on petitions that have challenged Article 35A and Article 370. However, abolition of these Articles has been high on the political agenda on the BJP and a long-pending election manifesto promise of the saffron party.

In wake of the Pulwama terror strike, the Hindu right has once again become vocal in its demand for the Articles to be abolished and there have been indications that the Centre might finally take a decision that reflects the sentiments of its vote bank.

Article 35A was added to the Constitution through a presidential order in 1954. The law prohibits non-permanent residents from a permanent settlement in the state, acquiring immovable property, government jobs, scholarships, and aid. Some also argue that the Article is discriminatory against J&K women as it rules out their state subject rights if they married non-permanent residents.

Farooq Abdullah, his son Omar Abdullah and Mehboona Mufti – all former chief ministers of J&K – have gone on record with their opposition to any attempt that will dilute Article 35A and Article 370.

With the Supreme Court evidently putting aside the resistance to resumption of proceedings in the petitions that have challenged the Articles, the political warhorses of Kashmir have once again advised caution.

In a series of tweets late Sunday, Mufti said:

“Valley rife with speculation about status of Article 35. Before taking a decision, GoI must consider –

Reacting to the listing of the petitions in the Supreme Court from February 26 to February 28, and to unsubstantiated reports that the Centre might take a stand against the continuance of Article 35A, Omar Abdullah told reporters: “The Centre and Governor have only one responsibility right now and that is to hold elections. So, hold elections, let people take the decision, the new government will itself work towards safeguarding Article 35A.”