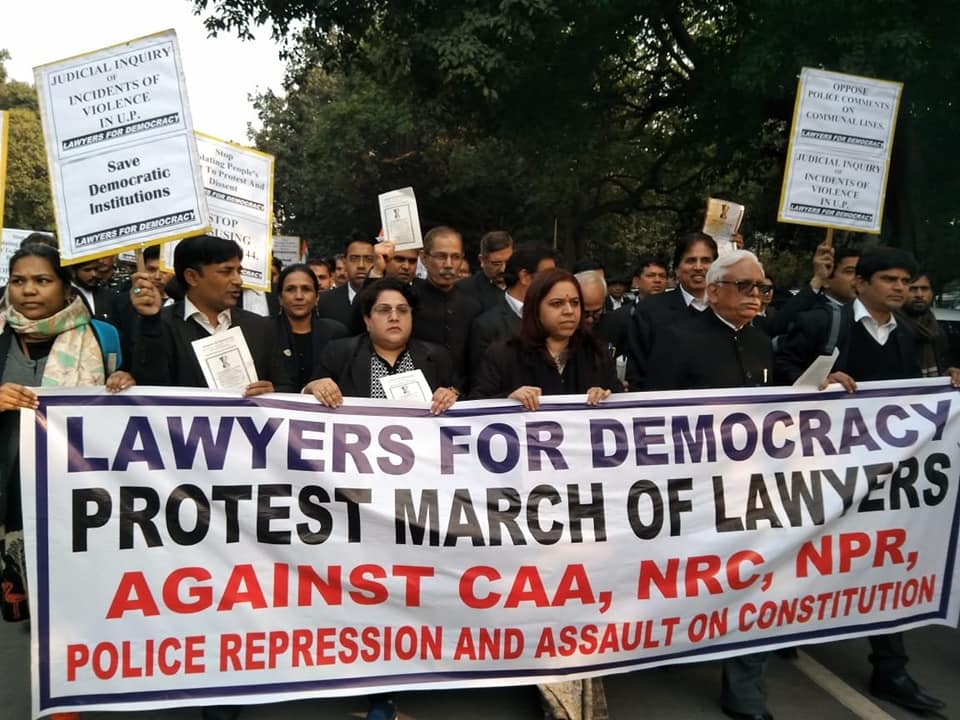 Hundreds of lawyers, former judges and activists marched from the Supreme Court to Jantar Mantar to protest against the controversial Citizenship Amendment Act, National Register of Citizens (NRC) and National Population Register (NPR). The march was organized by a lawyers collective called ‘Lawyers for Democracy’.

The lawyers also condemned the police repression on the students of universities and on protesters in various cities and towns of Uttar Pradesh.

The statement issued by the collective said, “Lawyers have a duty and obligation to defend the constitution, rule of law and democracy.”

Earlier lawyers gathered in the Supreme Court lawns to read out the Preamble of the Constitution as part of a protest against the Citizenship Amendment Act.

Demonstrations have swept across the country against the new citizenship law that makes religion a criterion for nationality. Lawyers have been at the forefront since the protests began to help the detainees and arrested at police stations with paperwork. 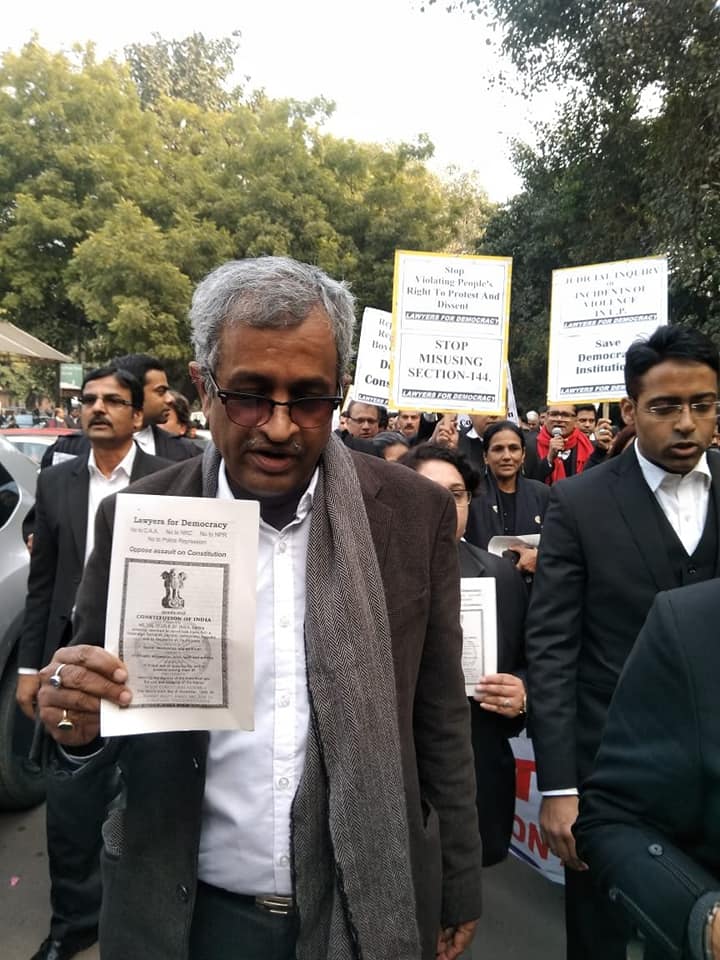 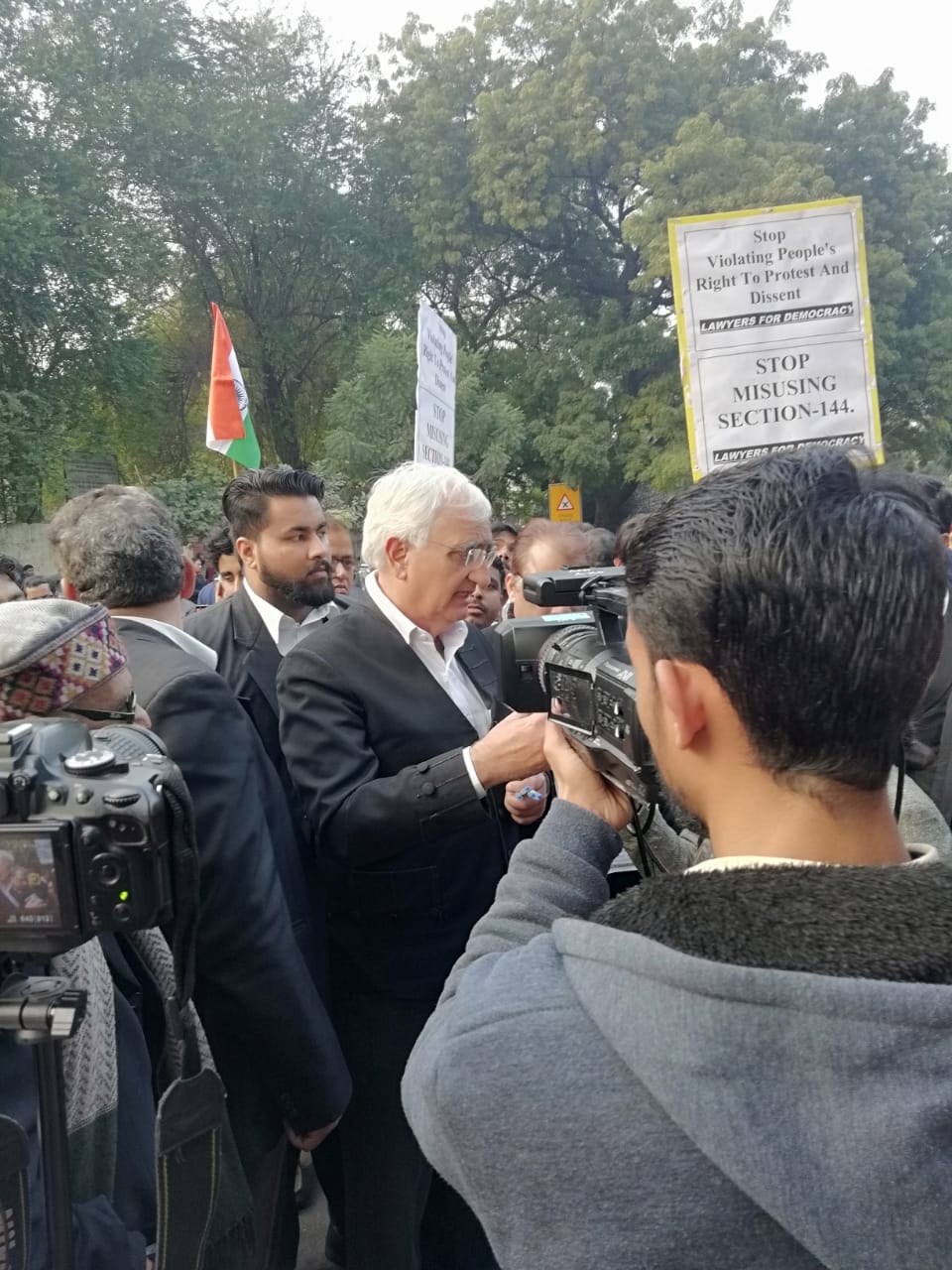 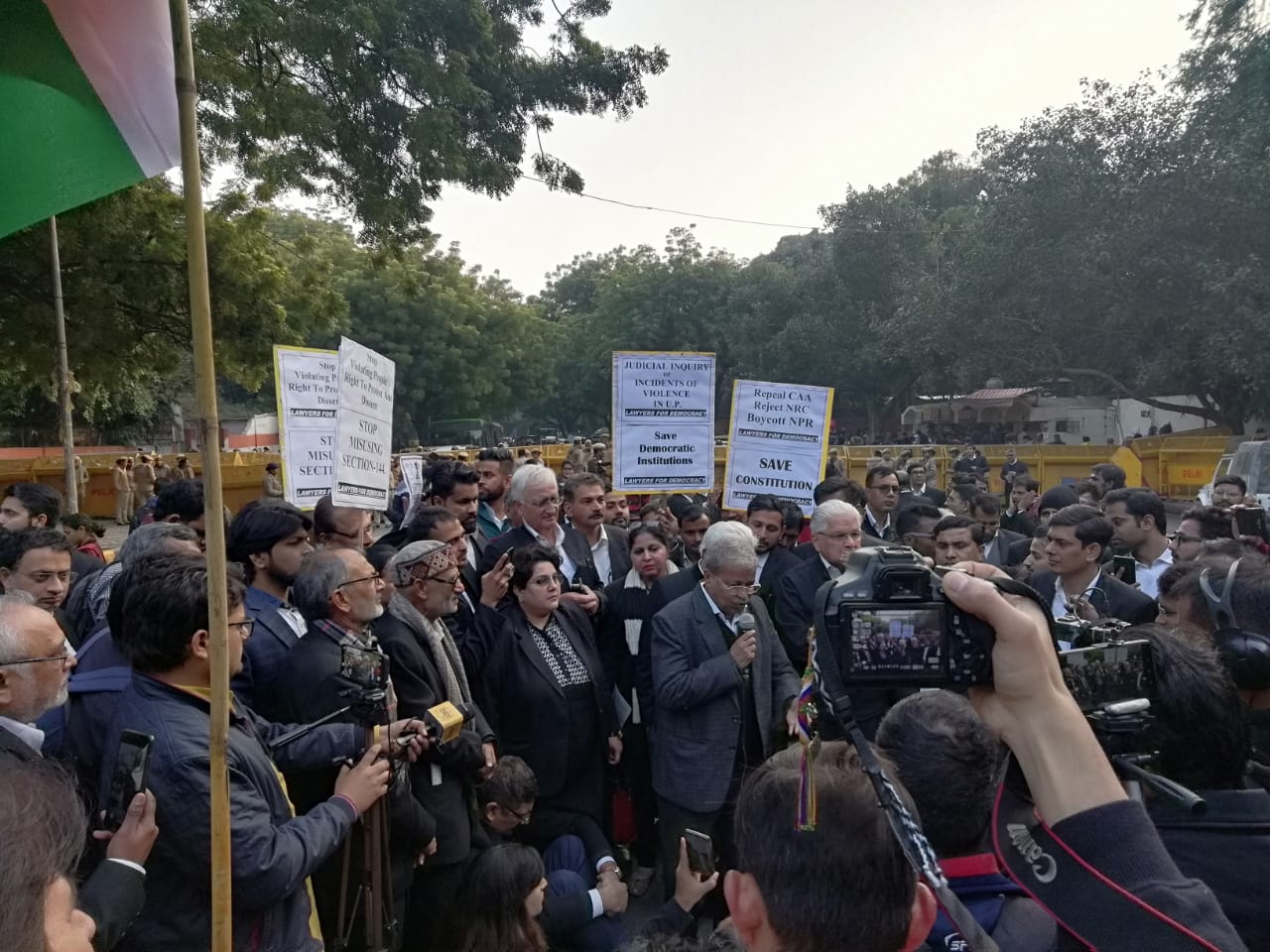