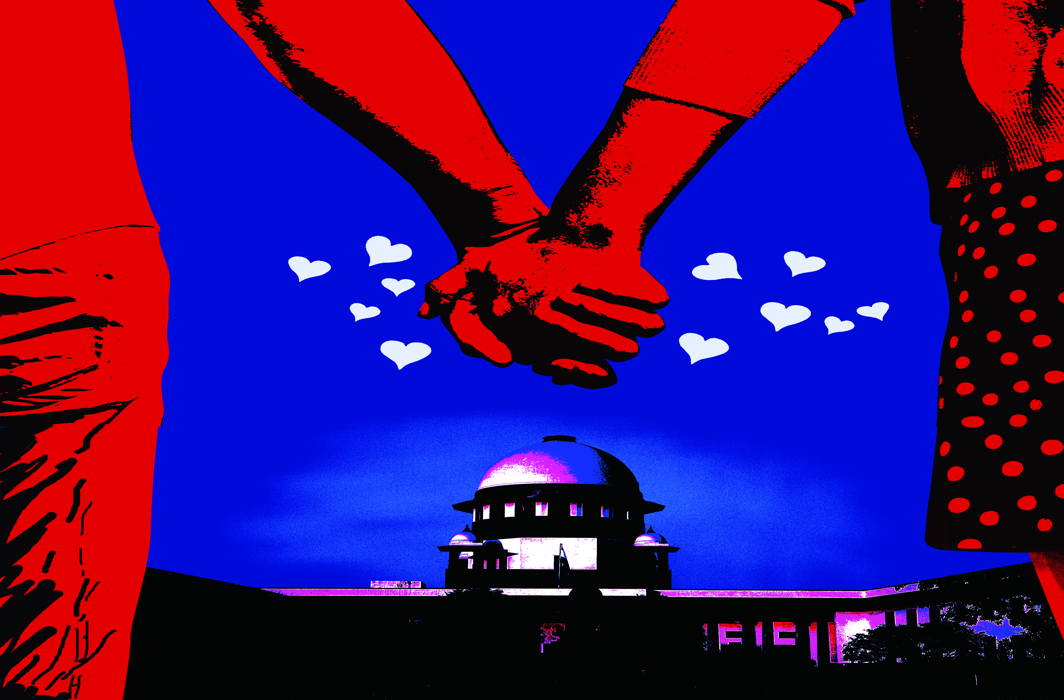 In many far-reaching judgments, the apex court has taken a liberal view of couples wanting to live together and supported them wholeheartedly

Marriages have always been considered a sacred and compulsory ritual to be performed in order for a couple to live together. However, the legislature as well as the judiciary has taken a rather liberal view of couples living together and given relief in cases where a marriage has not taken place.

Many judgments by the Supreme Court, including the recent one in the Hadiya case, are milestones when it comes to relationships and marriages. In a recent case, the Court has again shown the way for couples who want to live together. A 19-year-old girl eloped with a boy below the marriageable age of 21 and got married in a temple in Kerala. They started living together but her father lodged a missing FIR and filed a habeus corpus petition in the Kerala High Court, which held the marriage void as the boy had not attained the marriageable age of 21 and no marriage certificate was produced by the couple. Only a few marriage photographs from the temple ceremony were shown.

Subsequently, the boy approached the apex court and a bench of Justices AK Sikri and Ashok Bhushan overruled the Kerala High Court judgment and held that as the girl and the boy were majors now, they had the freedom to live with whomsoever they wanted. The bench’s remarkably liberal stance was exemplified when it said: “Even if they were not competent to enter into wedlock (which position itself is disputed), they have right to live together even outside wedlock.” Has this judgment then opened the doors for couples who have not attained marriageable age but want to be in a live-in-relationship?

AKIN TO A MARRIAGE

Although the legislature has not expressly made laws on live-in relationships, there are some statutes that suggest that the legislature has taken care of the issue. For example, the Protection of Women from Domestic Violence Act, 2005, does not talk about live-in relationships but makes all those who are in a “shared household” accountable. This means that a couple living together without lawful wedlock will also be covered under the Act. It provides for maintenance and right of alimony for the aggrieved live-in partner in case things go wrong. Thus, a man and a woman in a relationship will be considered husband and wife even in the absence of the customary rituals of marriage, vide section 2 (f) of the Protection of Women from Domestic Violence Act.

There have been many judgments of the Supreme Court and high courts where the issue of live-in relationships has been raised. Questions have been raised whether expansive interpretations can be given to the term “husband” and “wife” when they are living together for a reasonable period of time without getting married. Some of the cases on this issue were:

Badri Prasad vs. Dy Director of Consolidation (1978): The Supreme Court in this case recognised a 50-year-old live-in relationship of a couple. Justice Krishna Iyer observed that the law leans in favour of legitimacy and frowns upon bastardy.

Indra Sarma v. V.K.V. Sarma (2013): In this case, the Supreme Court gave five illustrations of which cases fall under the Domestic Violence Act. It said:

In the present judgment, one of the issues left open is that the age of majority is 18 years for both boys and girls, but the age of marriage is 18 for girls and 21 for boys. According to the judgment, a major can live with whomsoever he or she wants. Hence, a small bracket of 18 to 21 years is left open for boys where they cannot legally get married but can have a live-in relationship. Doesn’t this dilute the purpose of fixing the minimum age of marriage by the legislature?