In the petition, Afshan sought security and protection for her husband while he’s shifted to Banda jail, while he’s lodged and when he’s produced before the Judge. 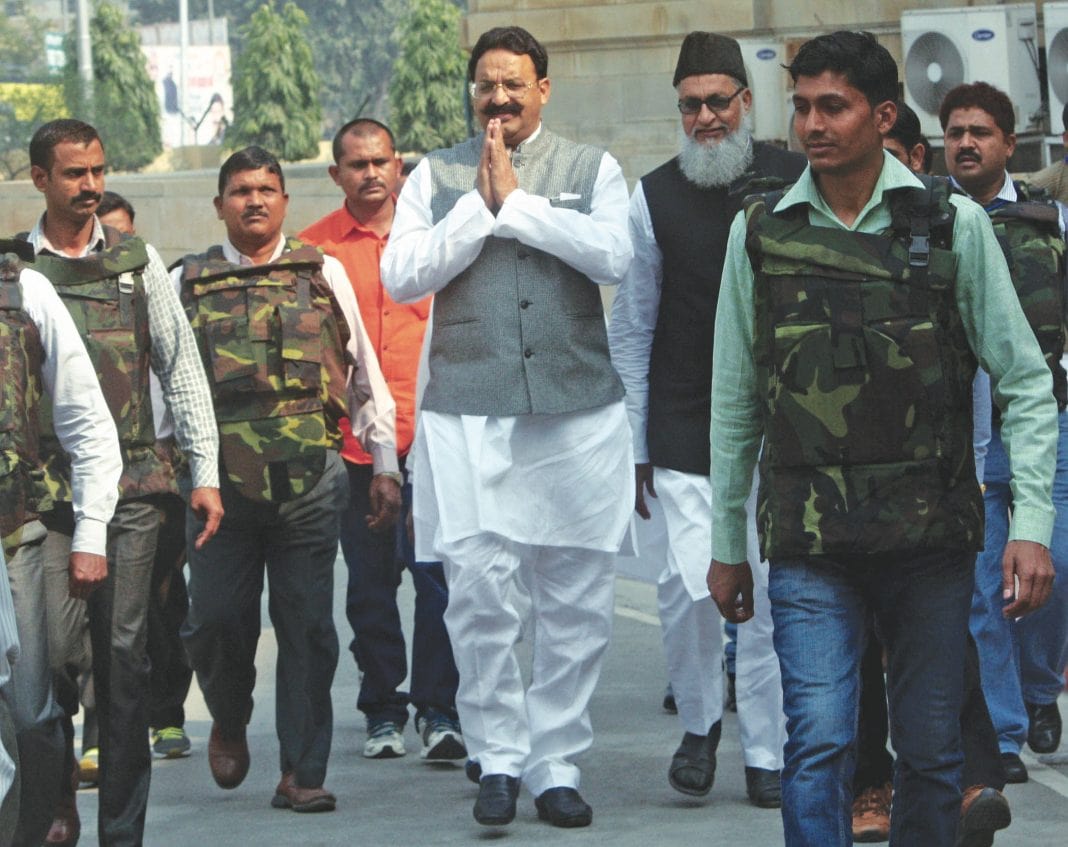 The Supreme Court on Friday adjourned hearing on a plea filed by the wife of UP MLA Mukhtar Ansari seeking directions to the State of Uttar Pradesh to ensure that Ansari gets a “free and fair trial” and not killed in a fake encounter.

The bench headed by Justice Ashok Bhushan passed the order of adjournment.

The petitioner, Afshan Ansari has submitted that Mukhtar has an imminent threat to his life on account of having successfully contested elections against BJP and being witness to cases against members of BJP in Uttar Pradesh. In the petition, Afshan sought security and protection for her husband while he’s shifted to Banda jail, while he’s lodged and when he’s produced before the Judge.

“The petitioner has been informed from sources that some shooter in the guise of a lawyer along with the lawyer will carry out the murder / ruthless killing of her husband during the course of his appearance in trial before Special Judge (MP / MLA), U.P. And these plans are being made at the behest of some higher rank officers at the behest of the Government of Uttar Pradesh. With all the consequences, the criminal Brajesh Singh MLA who is currently in the Banaras jail and is the bitter enemy of the Petitioners husband, BJP MLA Sushil Singh, criminal Tribhuan Singh, along with Alka Rai, MLA and the Governor of the Jammu & Kashmir vis . Shri Manoj Sinha, has made a common conspiracy with the high officers for the killing of the Petitioners husband. Even during the budget session, the Hon’ble Chief Minister of Uttar Pradesh had represented my husband as ‘guilty’ and the ministers are openly saying that “how long the mother of the goat will celebrate”. Thus, there is all possible ground and apprehension, backed by facts, which reflect that Petitioners husband will be killed in absence of adequate protection,” the Petition reads.

Meanwhile, Mukhtar Ansari is accused in the case of murder of BJP MLA Krishna Nand and is currently lodged in Banda Jail of Uttar Pradesh.