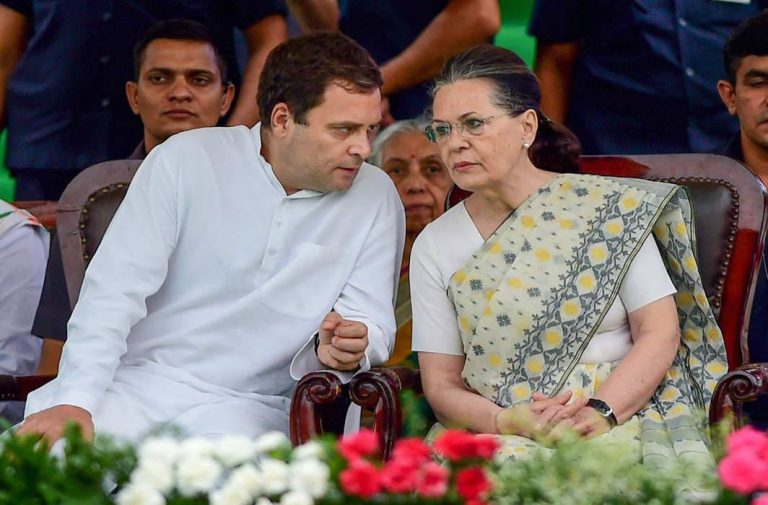 The Supreme Court, on Tuesday (January 8), asked UPA chairperson Sonia Gandhi and Congress president Rahul Gandhi to file affidavits on their claim that on Jan 4, the CBDT had wrongly withdrawn its circular dated December 31 that could have led to their exoneration in the National Herald tax assessment case.

Sonia and Rahul, along with the other Congress leaders accused in the case, have been given a week to file the affidavits. Senior advocate P Chidambaram had appeared for the mother-son duo in the court. Meanwhile, the apex court bench comprising Justices AK Sikri, S Abdul Nazeer and MR Shah has listed the case for its next hearing on January 29.

The bench has also ruled in its interim order that there shall be no coercive action against and the mother-son duo until the Court decides on reopening of the tax assessment matter.

It may be recalled that on January 4 the Income Tax department had hurriedly withdrawn a circular issued on New Year’s eve that unwittingly gave the Congress leaders ‘relief’ in the National Herald case. The ‘Circular 10’ issued on December 31 talks about non-applicability of a section of Income Tax Act (Section 56(2)(viia)) on receipt of shares by a closely held company or a firm as a result of fresh issuance of shares. This particular section of the Income Tax Act deals with taxability in case shares of unlisted company are received without consideration or with consideration which is less than the fair market value (of the shares) by a firm or closely held company.

Citing the December 31 circular, Congress leaders Ahmed Patel and Vivek Tankha had demanded immediate relief for Sonia and Rahul in the National Herald case. The Congress party had claimed that the CBDT had vindicated party’s position in the Associated Journals Limited (AJL) or National Herald case. Speaking to reporters, Tankha had said that the party welcomes the circular by CBDT which clarifies that the provisions of Section 56(2)(viii)(a) of the Income Tax Act 1961 shall not be applicable in cases of receipt of shares by a specified organisation as a result of fresh issuance of shares by a specific company. Tankha added that as per the new circular, shares issued by the AJL were not a taxable event. In December last year, a Delhi High Court bench raised concerns over the acquisition of 99 per cent AJL share by a company named Young India. Both Rahul and Sonia hold majority shares in YI.

In light of the CBDT circular, Congress believed that the case will have no legal standing against the party’s leadership.

Perhaps realizing that the circular also grants relief to the Congress’ first family, the circular was withdrawn, much to the chagrin of other players in the industry who stood to benefit from the order. Financial experts believe that the tax department would once again issue the circular with minor changes after the Supreme Court has dealt with the National Herald case on January 29.

A High Court bench in December dismissed the AJL’s plea challenging the Centre’s order to vacate the Herald House in ITO area in the heart of the national capital, and termed the allegations of mala fide against the BJP government at the Centre as “preposterous”.

The high court had said AJL will have to vacate the premises at ITO here within two weeks after which proceedings under the Public Premises (Eviction of Unauthorized Occupants) Act, 1971 would be initiated.