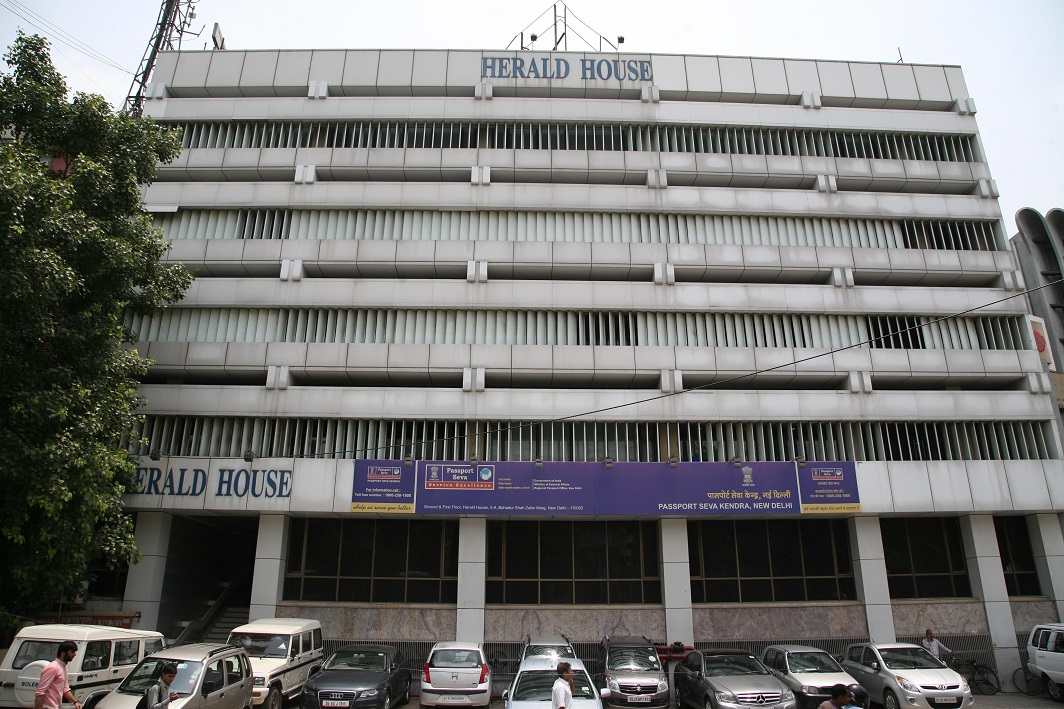 The Delhi High Court on February 28 had dismissed a plea by the National Herald newspaper’s publisher against an order that it vacate its premises: Herald House. In its December 28 order, the Delhi HC had dismissed the petition filed by AJL challenging the eviction order issued on Oct 30 by land and development authority asking the company to vacate the premises that it has occupied near Delhi’s ITO area for nearly six decades. The Centre in its eviction order had said that the AJL was violating conditions of the agreement under which the land was leased out to the company.

The court has given AJL two weeks’ time to vacate the premises. Justice Sunil Gaur had reserved his decision on November 22 on AJL’s plea against the government’s October 30 notice.

The court on the last date had asked the centre what the justification was to re-enter the premises now when publication of National Herald has commenced.  The centre and the Land and Development Office (L&DO) had told the court that re-entry notice was issued as it had initiated the proceedings back in 2016 when no printing or publishing activity was going on.

AJL had opposed the centre’s stand, saying that publication of web editions began in 2016 and the issue of absence of printing press in the premises was not raised then.

It had said the government kept silent till April 2018 when it again sent a notice for inspection and in which it had said that it was coming to check breaches mentioned in notice of October 10, 2016.

While reserving judgment, the court had said that the government cannot straightaway throw out AJL without first proceeding under the Public Premises (Eviction of Unauthorized Occupants) Act, 1971.

The court had earlier asked the government to maintain status quo with regard to enforcement of the October 30 order.

The centre had, during arguments, contended that transfer of 98 per cent stake in AJL to Young Indian (YI) when the latter bought the former’s Rs 90 crore debt for a consideration of Rs 50 lakh, led to a “virtual” sale of the Herald building.

In its petition, the AJL has alleged that the proceedings by the ministry were being initiated for the purposes of “scuttling the voices of dissent” and the voice of the largest opposition party in the country, a reference to the Congress.

Without naming the BJP, the AJL has further alleged that the order issued under pressure and directives from the ruling party at the Centre is vitiated by malafide, bias and had “oblique political motives”.

The L&DO, which comes under the ministry, had ended the lease — entered into with AJL on August 2, 1962 and made perpetual on January 10, 1967 — asking the company to hand over the possession by November 15.

The L&DO’s order had also said that failure to hand over possession would lead to initiation of proceedings under the Public Premises Act.

In its plea, AJL has also said that the digital versions of English newspaper National Herald, Hindi’s Navjivan and Urdu’s Qaumi Awaz have commenced since 2016-17.

The weekly newspaper National Herald on Sunday resumed on September 24 last year and the place of publication was the ITO premises, AJL had said, adding that the Hindi weekly newspaper Sunday Navjivan was also being published since October this year from the same premises.