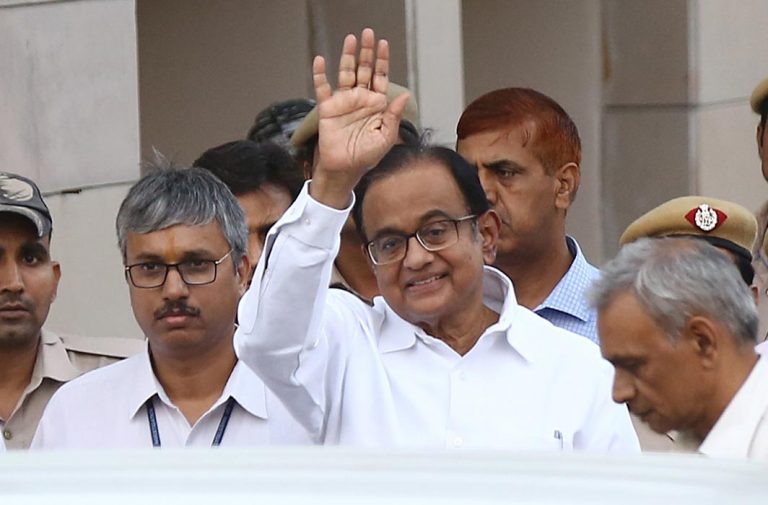 The Supreme Court on Friday issued notice to the CBI on a bail plea by the former union finance minister P Chidambaram in the INX Media case. The court will now hear the matter on October 15.

The Congress leader had on Thursday moved the apex Court challenging the Delhi High Court’s rejection on September 30 of his plea for regular bail in the case. Only yesterday, a lower court extended his judicial custody till October 17  though it allowed him to have home-cooked food once a day. Chidambaram has spent over 40 days in custody including the maximum permissible period of 15 days of CBI remand. “His continuing incarceration is in the form of punishment as his custody can neither be taken nor is required for the purpose of investigation,” the petition said.

When the plea came up before a bench of Justices R Bhanumathi and Hrishikesh Roy, his counsel for Chidambaram, Senior Adv Kapil Sibal once again reiterated that his client was a flight risk. The high court had denied Chidambaram bail on the basis of submissions by Solicitor General Tushar Mehta, which was also reflected in a ‘sealed cover’ report, that two material witnesses in the case were “approached” and told not to disclose information concerning. Chidambaram and his son Karti. The Single Judge Bench of the High Court had observed, “This court cannot dispute the fact that the petitioner has been a strong Finance Minister and Home Minister and presently, Member of Indian Parliament.”

“The petitioner categorically states that at no point in time, whether prior to the lodging of the FIR dated May 15, 2017 or thereafter, has he approached or influenced any of the alleged material witnesses (accused) or even attempted to do so, directly or indirectly,” the petition said.