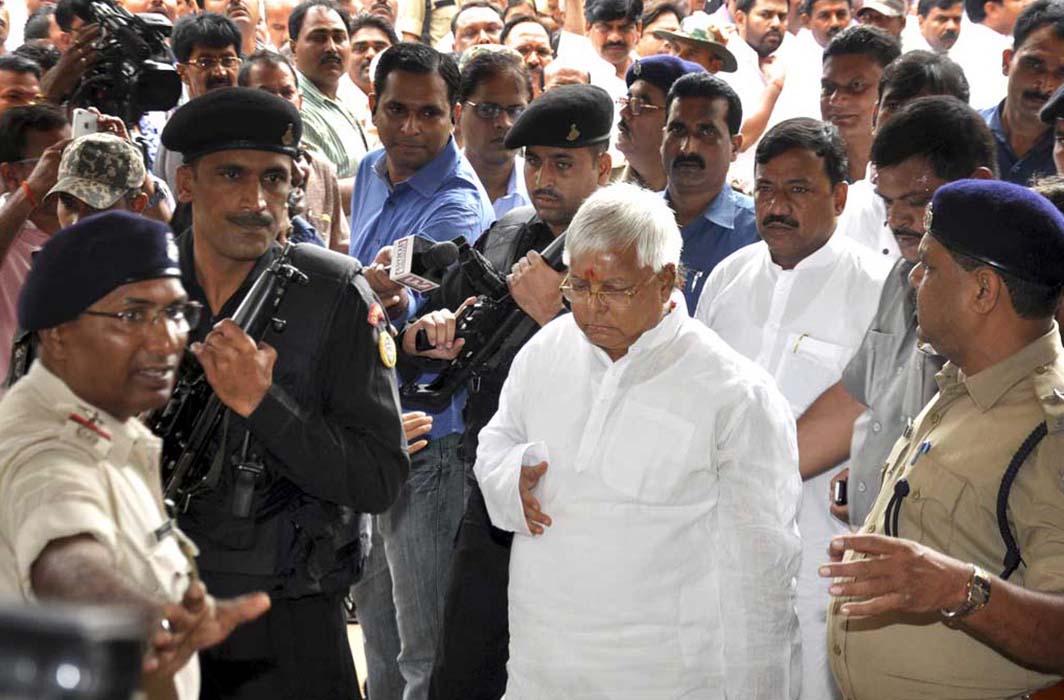 The Supreme Court on Tuesday denied bail to RJD chief Lalu Yadav, who is in jail  in connection with the fodder scam

Yadav had challenged the Jharkhand High Court’s order rejecting his bail plea in January. He told the apex court that he is suffering from diabetes, blood pressure and other ailments and has been undergoing treatment at the Rajendra Institute of Medical Sciences in Ranchi.

Lalu’s lawyer Kapil Sibal today  read out a judgement where the apex court had in similar case granted bail to the petitioner.  “I have already served 22 months” Sibal said to which the Chief Justice Ranjan Gogoi replied “ you have served 22 months in 4 cases.”.  When Sibal added that Lalu had served concurrent sentence for each case, the CJI replied “ You have to serve the sentence for each case”.

The fodder scam,  which first came to light in 1996, involves the embezzlement of around Rs 1,000 crore from the state exchequer for the purchase of fictitious medicines and fodder for cattle in the early 1990s. The RJD chief has been lodged in Ranchi’s Birsa Munda Jail since a CBI Court convicted him in three cases related to the scam.

The CBI told the court today that Lalu hasn’t served his jail term but has been staying in a special ward of a hospital.