Senior advocate Rajeev Dhavan representing Muslim parties in the Ayodhya title dispute case told the Supreme Court on Tuesday that there was no evidence that the Ram Temple existed at the disputed site.

“When we talk about two distinct regimes we should keep in mind that the two different regimes have been projected by the opposite party as legal consequences. Therefore according to them the property becomes inalienable and cannot be subject to partition. Just because they have projected that will not necessarily bring out the consequences. My argument is purely juristic. I just explained that there are two kinds of claims as put forth by the opposite party,” Dhavan told the court.

To which Justice SA Bobde queried: “One form may be divine for a person and may not be so for another.”

Dhavan replied: “I am talking about the Hindus. It is in the minds of the believers if they believe it to be so and has a divine manifestation.”

To further boost his arguments, Dhavan referred to the claims of Shia Muslims then and now and said: “At that time they had mentioned in their pleading that Babur had not destroyed any temple to built a Mosque and that the religious sanctity of Ram Chabutra was not affected by building of the mosque. Moreover the presence of minarets and water is not an essential prerequisite to the existence of a mosque.”

He further showed the photographs taken in 1950 which show that at several places the word ‘Allah’ has been inscribed.

Moreover Dhavan also pointed out the arch was an architectural design which was inspired by the persian art whereas the temples don’t have arches but they have a triangular shape at the top.

Dhavan further stated that there were no inscriptions on the 14 Kasauti pillars.

“There is nothing which directly infers that a temple existed there,” Dhavan said.

Justice Bobde asked: “Is there evidence in this case that image like lotuses found on the mosque.”

Dhavan responded: “There is no direct evidence of an image of a god on the pillars. The gazetteer at no point mentions that the birth place of Lord Ram was the centre of dome of the Mosque.” 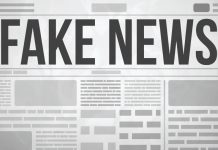