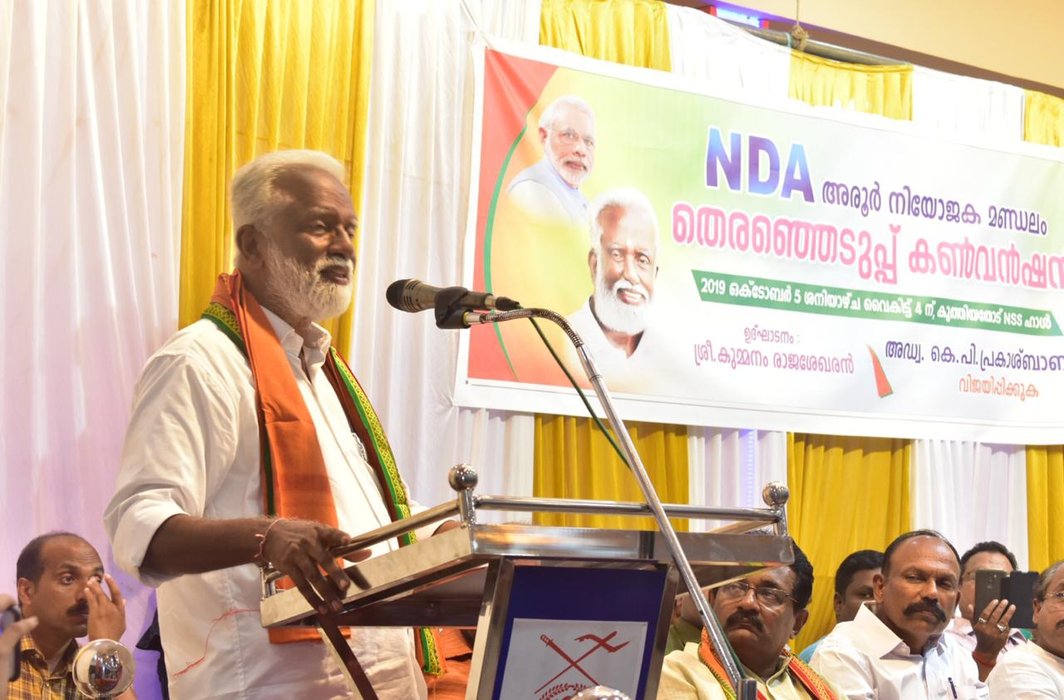 The former president of the Kerala BJP and
ex-Governor of Mizoram, Kummanam Rajasekharan has moved the Supreme Court with a plea that the costs incurred by the State of Kerala in filing the petition against Citizenship Amendment Act (CAA) be realized from the ministers of the state cabinet, including Chief Minister Pinarayi Vijayan.

In his plea, he argued that there is no basis to say that the CAA will affect the social and fundamental rights of the residents of Kerala. “A decision has been taken to unnecessarily to spend public money on a suit which has no legal and sound basis. Therefore, Chief Minister Vijayan along with the other Kerala cabinet ministers, who decided in favour of filing this suit, must be asked to pay the cost of the litigation,” the plea says.

Rajasekharan emphasized that even the Governor of the state was not consulted before public funds were unnecessarily used for this litigation. He said it was only a political dispute that in no way affected the rights of any inhabitants of Kerala were violated.