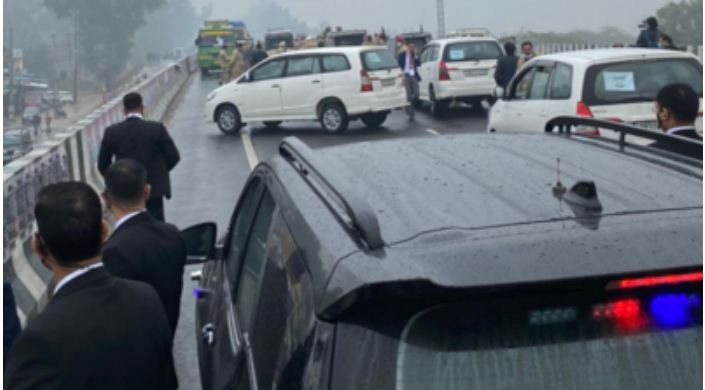 The Supreme Court on Wednesday appointed retired SC judge, Justice Indu Malhotra, to head the committee that will investigate the reasons behind the lapse in the security of Prime Minister Narendra Modi’s convoy in Punjab.

A bench, headed by Chief Justice N.V. Ramana, said the questions raised couldn’t be left to a “one-sided inquiry”.

The bench mentioned the following grounds and preferences for the inquiry committee to look into:

2. Who all are responsible for such a breach to what extent?

3. What could be the remedial measures necessary for the safe guard of Prime Minister and other protectors?

4. Any recommendations for the safety and security of other constitutional functionaries or any other issues that the committee may deem it proper.

The Apex Court said the committee will comprise of the Registrar General of the Punjab and Haryana High Court, the DG of the National Investigation Agency or any officer nominated by him and members of the ADGP (Security), Punjab.

The committee will probe as to who was responsible for this mistake. It will also give suggestions for necessary security measures of the Prime Minister and his counterpart.

The Bench, also comprising Justice Surya Kant and Justice Hima Kohli, passed the order in a PIL filed by NGO Lawyer’s Voice seeking a probe into the security lapse during PM’s Punjab visit on January 5.

The Court directed the committee to investigate the matter and submit its report ‘at the earliest’.

On Monday, the Court had directed both the Central Government and the Punjab Government, who had ordered separate probes into the security lapse issue, to put their inquiries on hold since the Apex Court was seized of the matter.