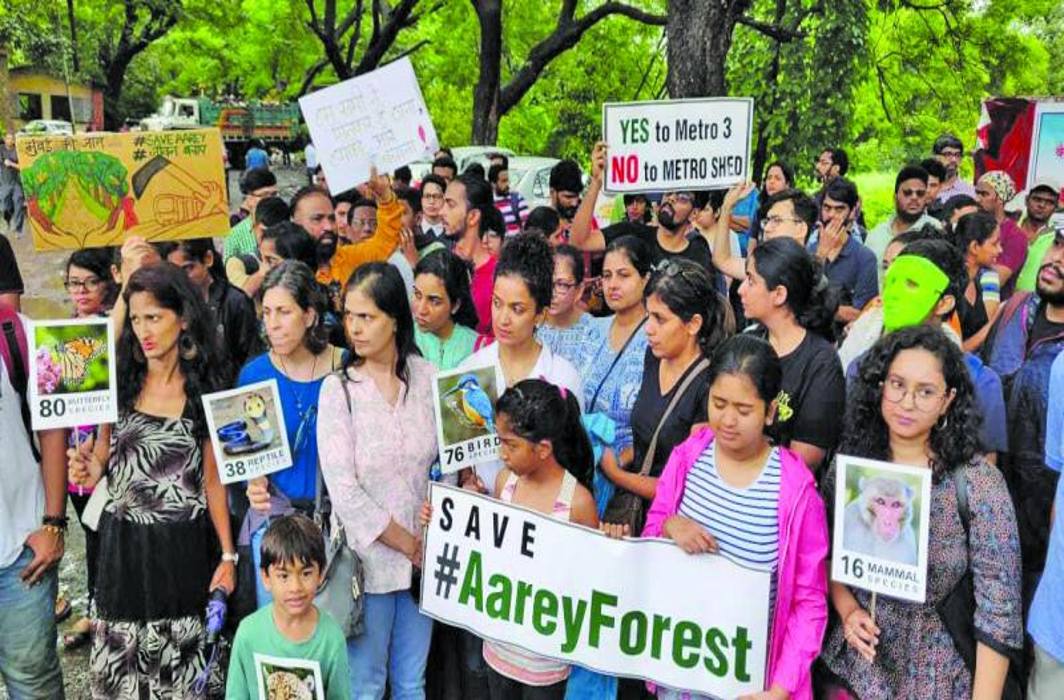 The Supreme Court on Tuesday asked the Bombay High Court to decide on the matter pertaining to the felling of trees in the Aarey forest area for the Mumbai Metro elevated corridor line from Wadala to Thane.

The high court will take up the matter on Thursday, a bench headed by Chief Justice SA Bode said while ordering that no trees be cut until the high court takes a decision, agencies reported.

Last month, it had ordered no tree be cut in the Aarey colony forest area for the Metro car shed and last Monday, the apex court had stayed for two weeks axing of trees on Line 4. The court order comes ahead of another case due for hearing in the Bombay HC on the same day challenging the permission to cut trees. The petitioners had filed the plea against HC’s November 25 order vacating the stay on the felling of trees for the Metro 4 line project to be constructed by the MMRDA. The High Court had vacated the stay passed by a different bench in October, observing that public projects cannot be stalled.

But the petitioners contended that the permission granted for cutting of the trees was in violation of the Maharashtra (Urban Areas) Protection and Conservation of Trees Act 1975, which requires public notice by advertising in local newspapers, and fixing notice on the trees, which have been identified for felling, and holding an inquiry. “No such procedure was followed in this case,” he said in his plea.

The petitioner contends that the Tree Authority did not consider any public objections before granting permission to fell trees, and that the High Court had erred in not identifying that preventing destruction of ecology is, in fact, of greater public interest, in comparison with the construction of the Metro project.