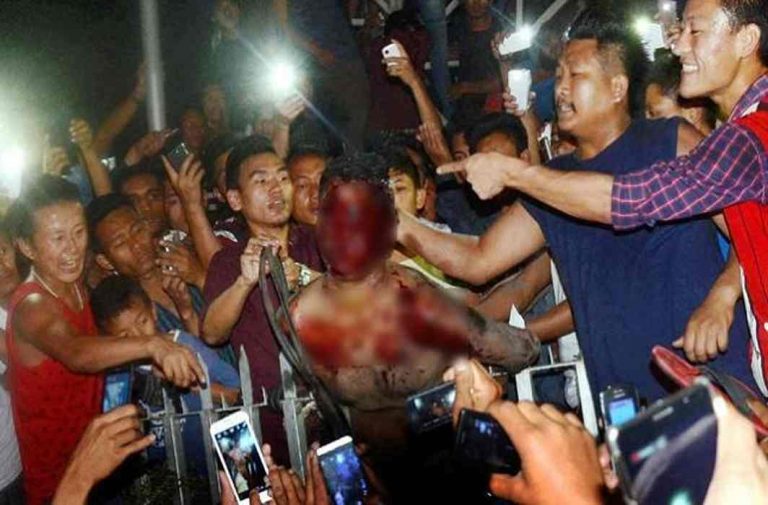 In what seemed to be a natural corollary to its stern stance against cow vigilantes and the “unacceptable” violence perpetrated by them across the country over the past four years, the Supreme Court, on Tuesday (July 17), issued a slew of directives for the Centre and State governments to check the epidemic of wanton mob lynchings.

Stating that “no individual can take the law into his/her hands”, the Supreme Court has asked the Centre and State governments to formulate directives “within four weeks” to curb cow vigilantism. It asserted that “it is the responsibility of the State to ensure peace” and that “mobocracy cannot be allowed”.

The apex court bench of Chief Justice Dipak Misra and Justices AM Khanwilkar and DY Chandrachud pronounced its judgment on a string of writ petitions that had called for judicial strictures and a legal framework for penalizing those involved in mob lynching and for holding accountable the Centre and State governments in the event of their inaction against such crimes.

While pronouncing its verdict on Tuesday, the Supreme Court factored in the slew of measures suggested by a battery of senior lawyers, including Indira Jaising, Colin Gonsalves and Sanjay Hegde, to tackle the menace of mob lynchings.

Chief Justice Misra had during the last hearing in the case said: “It is the duty of the court to prevent such incidents and the obligation of the states to prevent it.” This observation by the Chief Justice had been a clear indication that the Supreme Court would not be a mute spectator to the spate of killings in the name of religion and the cow, which over the past four years had reached epidemic proportions.

The court’s stance on the issue of mob lynchings and cow vigilante groups, or gau rakshaks, had been clear from the time the petitions were filed before it – that such incidents have no place in a civilized, secular nation.

In September last year, the Supreme Court had asked all states to appoint Deputy Superintendent of Police (DSP) rank officers as nodal officers to prevent gau rakshaks from “taking the law into their hands or becoming the law unto themselves.” In the subsequently hearing in the case, as many as 22 States – including Rajasthan, UP and Haryana – had filed affidavits with the Supreme Court submitting that they had complied with these orders and appointed the nodal officers.

Yet, in the months that followed, incidents of gau rakshaks going on rampage, lynching and assaulting people – mostly Muslims or Dalits – were reported from Rajasthan, Haryana and UP, forcing Gandhi and Jaising to move the court again in December, urging for contempt notices to be issued to these three states on grounds of filing an “insincere affidavit”.

Jaising had prayed before the judges that though maintain law and order was a State subject, the Centre should be told by the Court that it exercise its executive powers under Article 256 of the Constitution to give provincial governments directions on issues emanating out of the chaos triggered by gau rakshaks.

An analysis of all reported cases of violence and killings by cow vigilante groups that have rocked the country in the period between 2010 to June 2017 was done by portal indiaspend.com and the findings show that “as many as 97 per cent of these attacks were reported after Prime Minister Narendra Modi’s government came to power in May 2014 and half the cow-related violence – 30 of 60 cases – were from states governed by the BJP”. While this data is only of incidents that took place till June 2017, it cannot be emphasized enough that such killings by cow vigilantes have continued since with little action by respective governments and their police against the perpetrators of these crimes.

The killings and assault aside, there is also a severe economic price that the country has paid for this unbridled rise in cow vigilantism, made even more worse by the centre’s faulty law – though now diluted – that banned sale of cattle in animal markets for the purpose of slaughter. The fear of cow vigilantes going on a killing spree has forced many Muslim and Dalit families across the country were engaged in dairy farming, the leather industry or agriculture to abandon their cows, in some cases even buffaloes. The dip in the country’s total milk production over the past three years, economic experts have repeatedly said, is directly linked with this atmosphere of fear and intimidation caused by gau rakshaks.

According to a Reuters report, the supply of local hides has declined precipitously, leading to a decrease in Indian sales of leather and leather products. From April 2016 to March 2017, India’s total leather exports dropped 3.23 per cent from the previous year, to USD 5.67 billion from USD 5.9 billion. In Uttar Pradesh alone, attacks on cow related-businesses had triggered losses of up to USD 601 million, largely due to shutting of slaughterhouses, units manufacturing leather products and tanneries, especially in Kanpur.

THIS IS A DEVELOPING STORY, DETAILS WILL BE UPDATED SOON