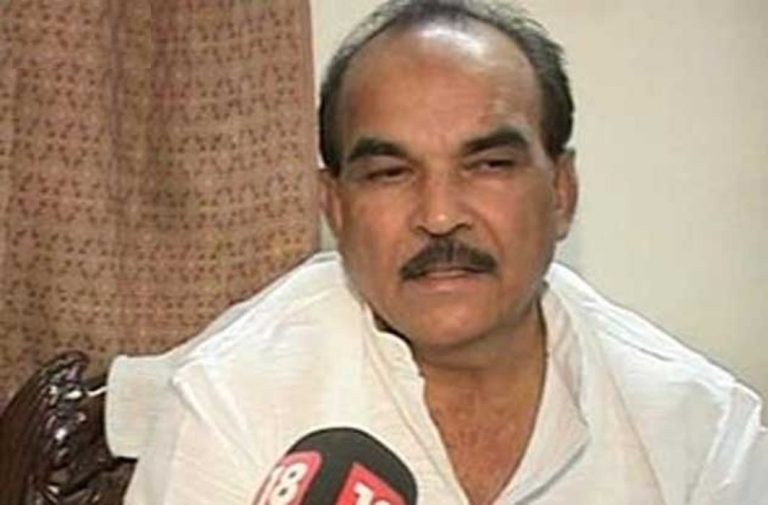 The Supreme Court on Friday dismissed a bail plea on medical grounds sought by don-cum-politician D P Yadav who is serving life imprisonment in a murder case.

The top court, however, directed the Dehradun Jail authorities to “take all steps” to ensure that his medical condition is taken care of, agencies reported.

Yadav, who was earlier granted interim bail to undergo a spinal surgery at the Yashoda Hospital and Research Centre in Ghaziabad, surrendered back to jail on December 6 last year after the procedure on the order of the top court. The fresh plea said Yadav has been facing post-operative complications and he be granted bail in view of the fact that even the jail authorities he under specialized treatment at AIIMS, New Delhi. A bench headed by Chief Justice Ranjan Gogoi said it would not grant him the bail and rather ask the Nainital High Court to expedite the hearing on his appeal against the conviction in the murder case.

“Heard counsel for the petitioner and perused the relevant material. We are not inclined to entertain this special leave petition. The same is, accordingly, dismissed. However, we direct the jail authorities to take all steps that may be required in accordance with law to ensure that the medical needs of the petitioner, Dharampal Singh Yadav alias D P Yadav, who is stated to be suffering from serious post-operative ailments, is adequately taken care of,” the bench, also comprising justices Deepak Gupta and Sanjiv Khanna, said.

Yadav was awarded life imprisonment by a CBI court in Dehradun in 2015 for his role in the murder of Mahendra Singh Bhati, a MLA from Ghaziabad’s Dadri area who was shot dead December 1992.

Earlier, the top court had extended the interim bail of Yadav and had asked him to surrender before Dehradun jail authorities on December 6 last year to serve the remainder of his life sentence.