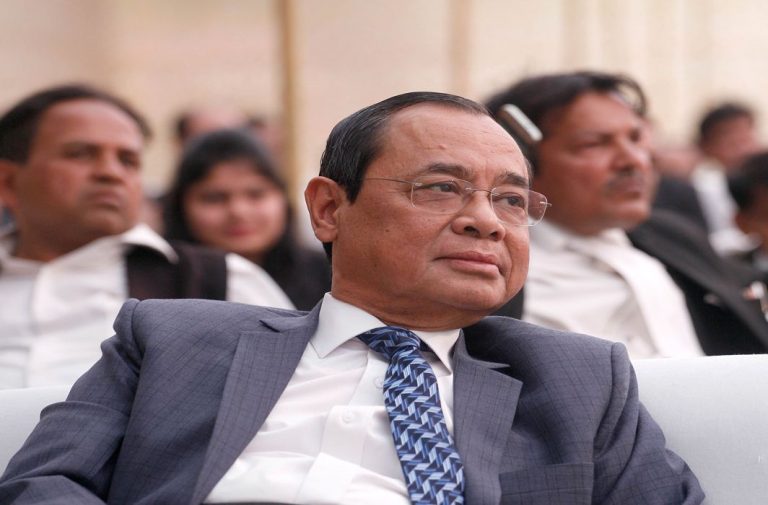 The Supreme Court has dismissed a plea challenging the appointment of Justice Ranjan Gogoi as the next Chief Justice of India on the grounds that the petition “was devoid of merits”. “We are of the view that it is not the stage to interfere (with the appointment),” a bench headed by Chief Justice Dipak Misra and consisting of Justices AM Khanwilkar and DY Chandrachud said.

In their plea, RP Luthra along with petitioner advocate Satyaveer Sharma said they were seeking adjudication of the question of law for which they are relying on the contents of the press conference of January 12, called by four senior judges (Justices Chelameswar (since retd), Ranjan Gogoi, Madan B Lokur and Kurian Joseph) of the apex court. The plea said the petitioners were also relying on an undated letter addressed to the Chief Justice of India and circulated by the four apex court judges.

“This act of the four senior most judges of the court was not less than sabotage to the judicial system of the country. They tried to arouse public furore in the country in the names of certain internal differences in this court,” the plea said. It said that “the petitioners are aggrieved of the actions and omissions on the part of respondent 1 (Union of India) and respondent 2 (Chief Justice of India), which has resulted in appointment of respondent 3 (Justice Ranjan Gogoi) as the Chief Justice of India instead of reprimanding him for his illegal and anti-institutional act.” The petition said that act of Respondent 1 and Respondent 2 “is illegal and unconstitutional and also against the canons of law because the appointment to highest post of judiciary has been awarded to a person who is guilty of committing judicial impropriety and judicial misconduct.”

On September 13, Justice Gogoi, the most senior judge in the Supreme Court after Chief Justice Dipak Misra, was appointed as the next CJI by President Ram Nath Kovind. The appointment came after Misra adhered to the tradition of recommending the most senior judge after him for the high office despite Gogoi being one of the judges who had raised questions on the CJI’s allocation of cases to benches in the apex court. He will take oath on October 3 after incumbent Chief Justice Dipak Misra retires.

Justice Gogoi will be the first Chief Justice of India from Assam and will head the highest judicial office in the country for about 13 months till his retirement on November 17, 2019.