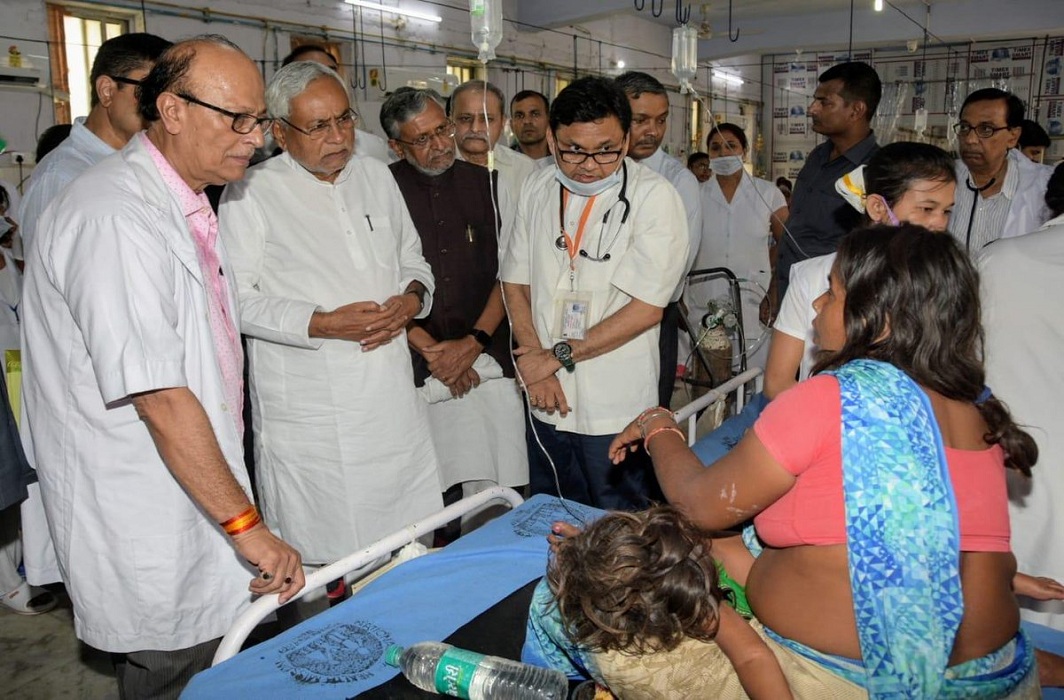 Taking a serious view of the children deaths due to Acute Encephalitis Syndrome (AES) in Bihar, the Supreme Court on Monday issued notice to Centre, Bihar and Uttar Pradesh governments to file papers disbursing details of facilities dealing with nutrition and sanitation, public health, for treatment of children suffering from AES.

The plea filed by two advocates — Sanpreet Singh Ajmani and Manohar Pratap — urges both the Centre and Bihar government to work in unison and immediately arrange 500 intensive care units (ICUs) with essential medical staff to deal with the calamity.

The petition contends: “The children are dying in dozens owing to shortage of proper care, medicines and lack of intensive care units in hospitals of the area.”

The plea further urges apex court intervention saying that only it could save lives of thousands of children.

A Muzaffarpur court on Monday ordered probe against Bihar Health Minister Mangal Pandey and Union Health Minister Dr Harsh Vardhan on plea seeking action against Vardhan and Pandey for negligence for deaths of children due to Acute Encephalitis Syndrome (AES).

The plea filed by social activist Tamanna Hashmi stated that Vardhan and Pandey, both were failed to control the epidemic of AES even as they did nothing to create sensitization and aware people in the impacted areas. The plea claimed that both neglected the fact that the disease was killing children for years.