SC On Maha Post Poll Coalition: “It’s For Public To Decide, Not Courts” 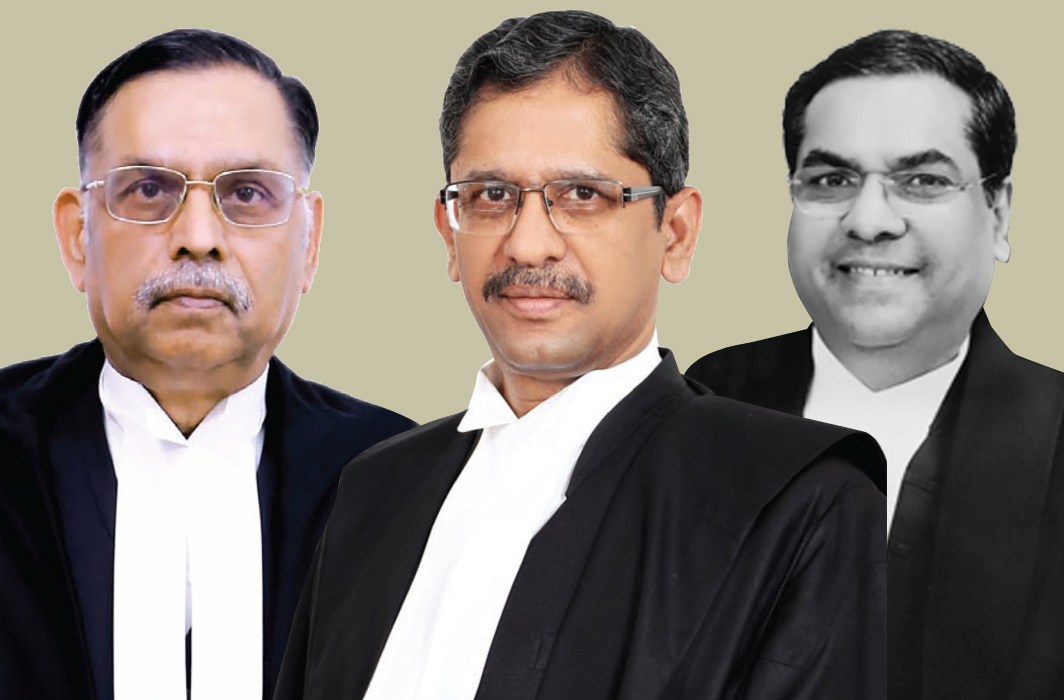 The Supreme Court on Friday dismissed a petition seeking that the post-poll alliance of Shiv Sena, NCP & Congress in Maharashtra be declared unconstitutional and null and void. This came just a day after a new coalition government comprising the three parties and led by Chief Minister Uddhav Thackeray took office yesterday.

The bench of Justices N.V. Ramana, Ashok Bhushan, Sanjiv Khanna noted that in a democratic set up, politicial parties enjoyed the right to ally with anyone of their choice. “It is for the people to judge”, the bench said while dismissing a petition filed by Pramod Pandit Joshi of Akhil Bharat Hindu Mahasabha.

The petitioner argued that voters did not expect this post poll alliance as in the run up to the polls and during the campaign, the parties were part of a different alliance. The Shiv Sena was in alliance with the BJP with which it fell out after the results were declared and they could not come to an agreement on the terms and conditions of the new govermment formation. After weeks of uncertainty, the SS finally tied up with Congress and NCP, the very parties against which it had campaigned in the elections.

Justice Bhushan inquired, “Why should Court interfere into pre-poll and post-poll alliance?” to which Advocate Barun Kumar Sinha submitted that there is violation of Art 19(1)(a). Justice Ramana posed a question to the counsel, “How can this issue be subjected to judicial review?”

Sinha thus quoted the PUCL judgement of the apex court dated March 13, 2003 wherein it was held that the availability of basic information about the candidates enables voters to make an informed decision and also paves the way for public debates on merits and demerits of candidates. It was thus held in that case that voters have a right under Article 19(1)(a) of the Indian Constitution to obtain information about political candidates.

Sinha further argued that a post-poll alliance is not only unfair to the voter but also against the basic structure of the election process. People voted with BJP-Shiv Sena’s NDA alliance in mind which has been violated by the new Maha Vikas Aghadi alliance.

However, Justice Ramana  pointed out, “Constitutional morality is different from political morality. In democracy we can’t curtail parties to form alliances.”

Thus, dismissing the petition, Justice Ramana said, “Don’t expect the Court to go into areas where it has no jurisdiction. It’s for public to decide and not for the Courts.”

On Wednesday, the Supreme Court had refused to give urgent hearing to Pramod Joshi’s plea stating Shiv Sena had committed breach of trust by aligning with NCP and Congress to form government in Maharashtra.