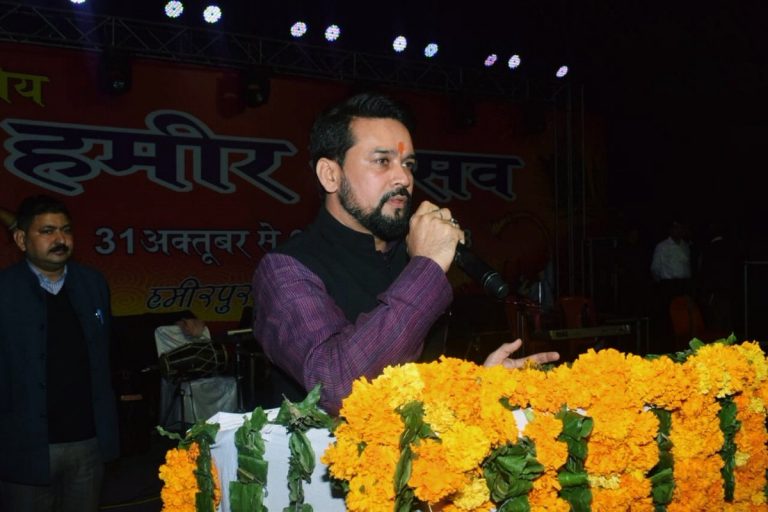 The Supreme Court Friday quashed an FIR against BJP MP Anurag Thakur, his father and former Himachal Pradesh chief minister Prem Kumar Dhumal and others in a case related to alleged irregularities in granting land on lease for construction of the Dharamshala cricket stadium.

A bench of justices A K Sikri, Ashok Bhushan and Ajay Rastogi said, “We allow the appeal. The FIR registered is quashed.”

Thakur, Dhumal and Himachal Pradesh Cricket Association (HPCA) had challenged the Himachal Pradesh High Court order refusing to quash the FIR registered during the then Virbhadra Singh government in the state.

The high court on April 25, 2014, had refused to quash the FIR and stay the criminal trial pending before special judge, Dharamshala, in a case registered for cheating and criminal conspiracy, and under provisions of the Prevention of Corruption Act.

Thakur, who is a BJP MP from Hamirpur and was then the HPCA president, had contended in the apex court that the case was actually a civil dispute but the then Virbhadra Singh-led Congress government had made it a criminal case for political reasons. He later became the chief of the Board of Control for Cricket in India but had to sotep down after the Supreme Court ordered.

The FIR in the case was registered by the Dharamshala office of the Vigilance Bureau on August 1, 2013, months after the Congress government assumed power in December 2012.