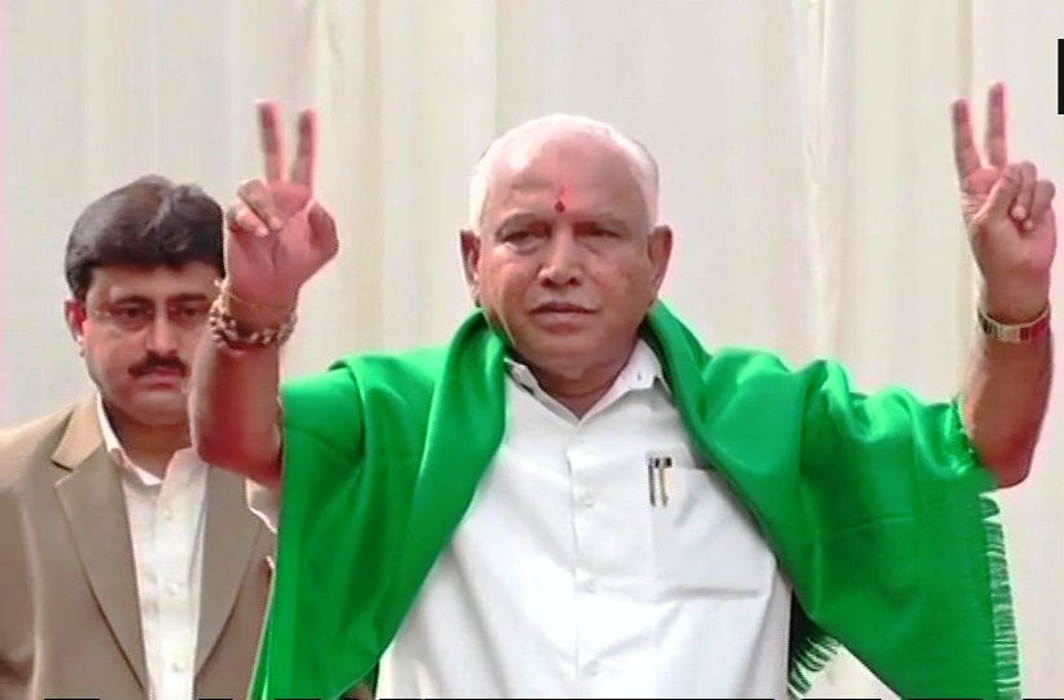 The Supreme Court on Tuesday adjourned for two weeks a plea seeking reopening of a 2010 case pertaining to land grabbing in Bengaluru against Karnataka Chief Minister BS Yediyurappa during his earlier tenure and Congress leader DK Shivakumar after questioning the locus standi of the petitioner.

At today’s hearing, advocate Prashant Bhushan appearing for the petitioner, an NGO Samaj Parivartan Samudaya, told the bench comprising Chief Justice SA Bobde and Justices BR Gavai and Surya Kant that the main accused DK Shivkumar purchased the land which had already been acquired  by the government and converted what was meant to be industrial land into residential land and sold it to the builder.

The bench asked the counsel: “Were you a party to this case?”  At this Bhushan replied:” We made a complaint before the Lokayukta. The special judge took cognisance and the high court quashed the proceedings however the Lokayukta police does nothing after quashing of proceedings.”

The bench again asked: “You have not raised these issues before the High Court. What happened to your complaint before the Lokayukta.”

Counsel answered: “The Lokayukta police filed a chargesheet on the basis of our complaint. Your lordship is asking me why did I not raise these issues before the High Court is because I was not made a party to the proceedings. Moreover there is no locus in criminal law. The Lokayukta order does not mention about our complaint because the subject matter was same as another complainant.”

Bench asked: “What did the Lokayukta do and what happened to your complaint.”

Counsel responded: “I’ll put it on record what we did and what was our role in the matter.”

The case pertains to de-notification of over 4.20 acre land from acquisition proceedings on May 13, 2010, allegedly in breach of land rules to favour Shivakumar when Yediyurappa was chief minister of Karnataka.

During previous hearings, the counsels appearing for Yediyurappa and Shivakumar had questioned the locus standi of the petitioner.