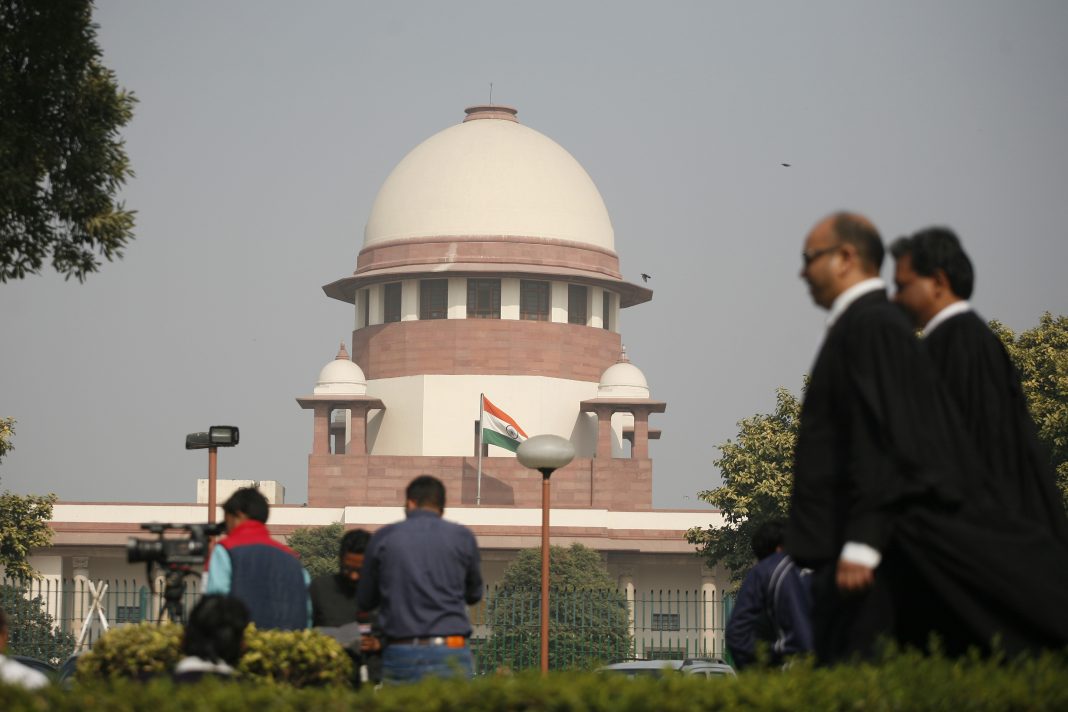 The Supreme Court, on Tuesday (February 19), directed the Centre and Assam government to ensure that the stay of foreign nationals detained in centers across the north-eastern state “should be kept to minimal” and that detainees “must not lose their human rights”.

The oral directions by the Supreme Court bench of Chief Justice Ranjan Gogoi and Justices L Nageswara Rao and Sanjiv Khanna came against an affidavit submitted by the Centre enumerating the number of detention centers for foreigners across Assam, the total strength of inmates in them and the duration of their detention.

The affidavit had been filed in response to the January 28 queries of the Supreme Court which had asked the Centre and the state to provide details of functional detention centers in Assam and the foreigners detained in them during the last 10 years.

Appearing for the Centre, Solicitor General Tushar Mehta told the court, on Tuesday, that 938 people are detained across six detention centers in Assam and that 823 of them have been declared as foreigners by competent tribunals. Additionally, Mehta also informed the bench that as many as 27,000 foreigners had been pushed back by the Indian forces and authorities at border points while attempting to enter India illegally.

Highlighting an absence of a proper mechanism to check future instances of foreigners entering India illegally through its porous borders, the Chief Justice sought to know from the Solicitor General: “what if you ascertain the nationality of the foreigner and the country he belongs to does not accept him… you push him back (into his country of origin) and he will come back”.

Rapping the Centre and the Assam government for shoddy handling of the increasing immigrant crisis, Chief Justice Gogoi told the Solicitor General: “There are 52000 persons who are liable to be deported… your governance is not satisfactory; how do you expect the people to believe in your government?” The bench noted that while the competent tribunal had identified and declared 52000 inmates of the detention centers as foreigners, the government had so far succeeded in deporting just 162 persons. The bench also juxtaposed the figure of the 52000 inmates languishing in the detention centers with the 40 lakh people who had been left out of the Assam NRC and asked the Centre whether these individuals will also be treated as foreigners.

The apex court stressed that the problem of illegal migrants in Assam had existed for the past 50 years and wondered: “Why no steps have been taken to deport or repatriate them,”

Mehta said all illegal migrants have to go and he would take instructions from the Centre on how to expedite the repatriation process.

The counsel for the petitioner then pointed out to the bench that some of the inmates had been languishing in the detention centers since 2010. He submitted further that the push back mechanism mentioned by the Solicitor General was such that the detainees were taken to the border via trains and were then asked to sprint and cross the border on foot after being threatened that they will be shot if they don’t comply.

The Chief Justice then pointed out: “as far as we are aware, there is no point on the Indo-Bangla border that is accessible through railways.” The counsel clarified that the detainees were taken to the nearest rail head and thereafter ferried by road transport to the border point.

The court will hear further submissions in the case on March 13. In the meanwhile, the Centre and Assam government have been directed to explore a “reasonable solution” for the continuing imbroglio over the foreign detainees and the appalling conditions of the detention centers.