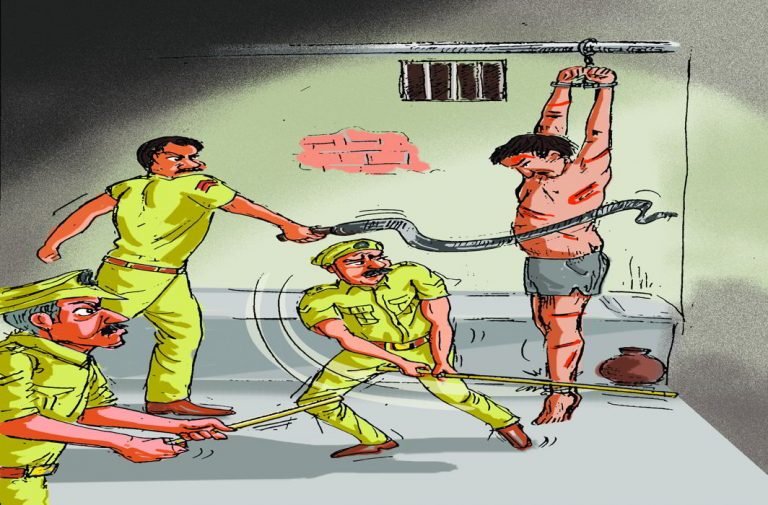 Supreme Court today refused to direct the Parliament to enact a suitable standalone comprehensive legislation based on the UN Convention against Torture and Other Cruel, Inhuman or Degrading Treatment or Punishment.

A CJI-led three judge bench in Dr. Ashwani Kumar v UOI said, “legal jurisprudence has developed for providing compensation for the unconstitutional deprivation of fundamental right to life and liberty as a public remedy in addition to claims in private law for damages by tortuous acts of public servants.”

Dr. Ashwani Kumar, senior advocate, is a former Union Law Minister and as the-then Member of Parliament had authored a report on the need for legislation on custodial torture.

In view of the specific prayer, Court decided to limit itself to answer the question whether within the constitutional scheme, this Court can and should issue any direction to the Parliament to enact a new law based solely on the UN Convention.

Court said, “the constitutional scheme ensures that within this interdependence, there is a degree of separation that acts as a mechanism to check interference and protect the non-political executive… The most significant impact of the doctrine of separation of powers is seen and felt in terms of the institutional independence of the judiciary from other organs of the State.”

Court further observed, “Power of judicial review has expanded taking within its ambit the concept of social and economic justice. Yet, while exercising this power of judicial review, the courts do not encroach upon the field marked by the Constitution for the legislature and the executive, as the courts examine legality and validity of the legislation or the governmental action, and not the wisdom behind the legislative measure or relative merits or demerits of the governmental action. Neither does the Constitution permit the courts to direct, advise or sermonise others in the spheres reserved for them by the Constitution, provided the legislature or the executive do not transgress their constitutional limits or statutory conditions.”

Also comprising Justices Dinesh Maheshwari and Sanjiv Khanna, the bench observed, “A person detained in a prison is entitled to live with human dignity and his detention in prison should be regulated by a procedure established by law which must be reasonable, fair and just. This can be done by applying, elucidating and even creatively expanding existing laws and principles on case to case basis. Judiciary, while exercising its jurisdiction in this manner, is not enacting or legislating but applying the Constitution and protecting fundamental rights under Article 21 of the Constitution.”

While rejecting the petitioner’s prayer for directing a central legislation, Court discussed its landmark judgements including Sheela Barse, Nilabati Behera and D.K. Basu on prisoners’ rights and distinguished them from the petitioner’s prayer that the judiciary had laid down guidelines based on provable facts of police overreach, custodial torture etc., stepping in to protect fundamental rights. The court was then creatively expanding the scope of Article 21 and not legislating. And neither will the court now direct legislation over it as the same should be dealt on a case to case basis.

Court noted that the UN Convention has been considered by the government, and based on the report on need for legislation on custodial violence submitted by the Select Committee of Rajya Sabha, which was at that time headed by the petitioner himself, the States and Union Territories have been asked for their opinion since the subject is a matter within the concurrent list of the Constitution. Thus Court said, “Such directions must be issued with great care and circumspection and certainly not when the matter is already pending consideration and debate with the executive or Parliament. This is not a case which requires Court’s intervention to give a suggestion for need to frame a law as the matter is already pending active consideration. Any direction at this stage would be interpreted as judicial participation in the enactment of law.”