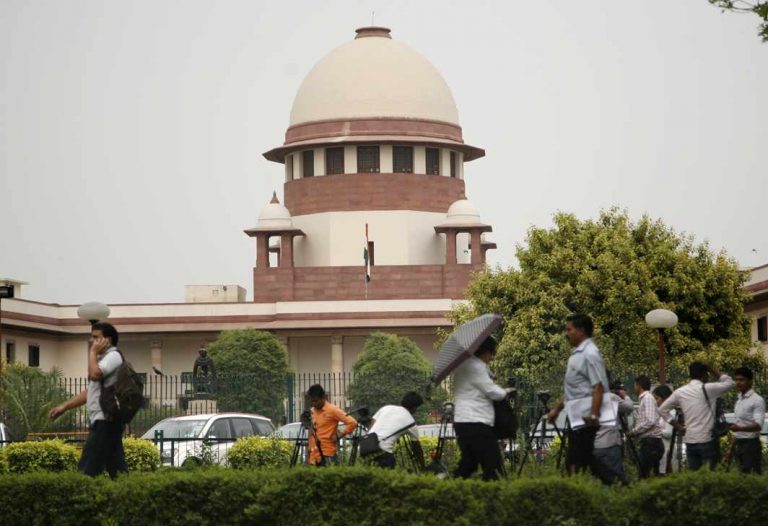 Supreme Court Bench of Justices Deepak Gupta and Aniruddha Bose today allowed appeal in Ebha Arjun Jadeja v State of Gujarat against the order of the Designated TADA Court whereby the application filed by the accused that they should be discharged due to non-compliance of Section 20­A(1) of the Terrorist and Disruptive Activities (Prevention) Act, 1987.

The grievance of the appellants was that in terms of Section 20­A(1) of TADA Act, no information about commission of offence under the Act could have been recorded without approval of the District Superintendent of Police. Therefore, it is contended that the entire initiation of the action wherein the Crime No.II.28/1995 was recorded without sanction of the District Superintendent of Police, vitiates the entire proceedings in so far as they have been initiated under TADA Act. The provision states:

“20­A.  Cognizance   of   offence.—(1)   Notwithstanding anything contained in the Code, no information about the commission of an offence under this Act shall be recorded by the police without the prior approval of the District Superintendent of Police. (2) No court shall take cognizance of any offence under this Act without the previous sanction of the Inspector General   of   Police,   or   as   the   case   may   be,   the Commissioner of Police.”

Court observed, “the language of the Section is mandatory in nature. It starts with a non­obstante clause. It forbids the recording of information about the commission of offence under TADA Act by the police without prior approval of the District Superintendent of Police.”

Relying on several prior judgements of the Supreme Court, the bench said, “non­compliance of Section 20­A was not a curable defect and could not be cured in terms of Section 465 of Code of Criminal Procedure, 1973 (CrPC).”

Court also pointed out the legislative intent behind introducing the amendment. Accordingly, TADA provisions being very stringent, legislators ‘felt a senior official must look into the matter to ensure that an offence under TADA is made out and then grant sanction.’

Observing that non-compliance of Section 20A necessarily vitiates the entire proceedings, court discharged the appellants of the offences under TADA Act. Court however allowed prosecution to proceed under other provisions of law.