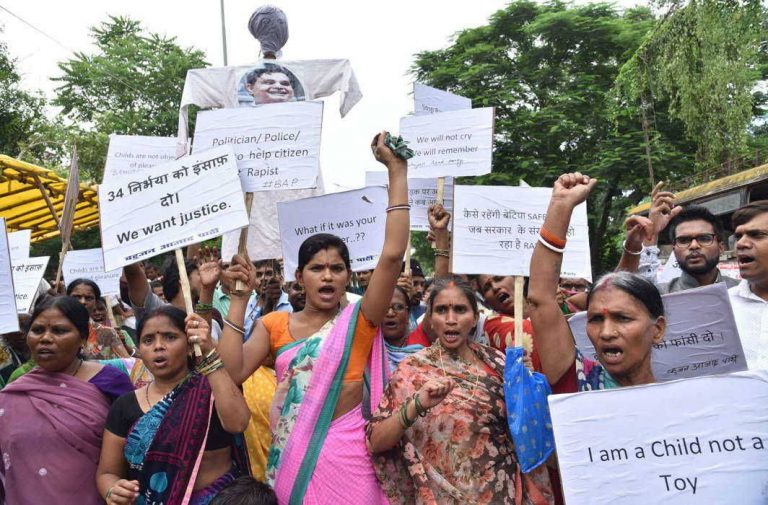 Supreme Court decision to transfer CBI officer probing the case is a violation of its orders; directs Saket court to complete trial within 6 months

Coming down heavily against the Centre and the Bihar government for shoddy progress in the investigations into what has come to be known as the Muzaffarpur Shelter Home case, the Supreme Court, on Thursday (February 7), said that the trial in the shocking case of sexual exploitation of the home’s inmates will be moved out of Bihar. The court has directed that the trial must be conducted at the Saket District Court in the national capital and must be concluded within six months.

The case emanates from last year’s outrageous expose on how inmates, many of them minors, at a shelter home in Bihar’s Muzaffarpur district faced regular sexual exploitation and harassment from the home’s owner, Brijesh Thakur. On October 30 2018, the Supreme Court had ordered that Thakur, known for his strong political connections within the state’s ruling JD (U)-BJP ruling coalition, be lodged in the Patiala Central Jail. The case is being investigated by the CBI and the Supreme Court has been monitoring the probe’s progress.

On Thursday, as proceedings in the case, Nivedita Jha vs. The State of Bihar & Ors, resumed, Chief Justice Ranjan Gogoi slammed the counsel for the Bihar government for providing incomplete information to the court on the status of shelter homes in the state.

The court had earlier asked the Bihar government to furnish details of how many shelter homes are registered in the State, the total number of inmates in them and other relevant information. The direction was given following media reports that similar instances of sexual exploitation of inmates had taken place in several other shelter homes across the state. A copy of the report was to also be shared with the amicus curie, Aparna Bhat. With the State having failed to satisfy the court on the details sought, the Chief Justice said: “enough is enough” and commanded the counsel for Bihar government to “get conversant with the facts.”

In an outburst that has perhaps become characteristic of Chief Justice Gogoi in matters where he finds that the court’s orders are not being complied with, he pointedly told the counsel for the State to come back before his bench at 2 pm after gathering relevant details and that “the court can order the Chief Secretary (of Bihar) to be present (in the court) if the counsel fails to get the information.”

The bench directed the counsel for Bihar to gather information of how many inmates are presently lodged in various shelter homes across the state and who is funding the operations of these homes. “you have to answer these questions first and then we will look at other aspects…. If you are not able to answer these questions, we will call the chief secretary,” the Chief Justice told the counsel for Bihar, adding: “you cannot treat the children in the way they are being treated.”

When the court was informed that some CBI officers, particularly AK Sharma, investigating the sensitive case have also been transferred, the Chief Justice directed his ire at the Centre. “Who issued the transfer order”, Chief Justice Gogoi asked the counsel for CBI. On being informed that Sharma’s transfer had been effected following clearance by the Centre’s Appointments Committee of Cabinet (ACC), the Chief Justice told the counsel that the bench wants to know, by 2 pm today, if the ACC was informed of the court-ordered embargo on transfer of any officer probing the shelter home case.

Stating that the ACC should have first sought the court’s permission before transferring Sharma, the Chief Justice said that the decision to remove the senior CBI officer from the probe amounted to a “violation of our order.” “Things cannot go on like this… we are concerned about our order,” the bench noted.

The counsel for CBI informed the Bench that a chargesheet had been filed against 17 accused in the case and that all the accused are currently in custody. On being told that the Amicus in the case and experts from the Bangalore-based National Institute of Mental Health and Neuro Sciences (NIMHANS) who have been helping with the probe want the trial of the case transferred out of Bihar, the bench ordered that the trial must be conducted at Delhi’s Saket district court and must be completed within six months.

The court directed the Bihar government to extend complete cooperation to the CBI and told the probe agency that it must take the assistance of experts from NIMHANS to conclude its investigation.