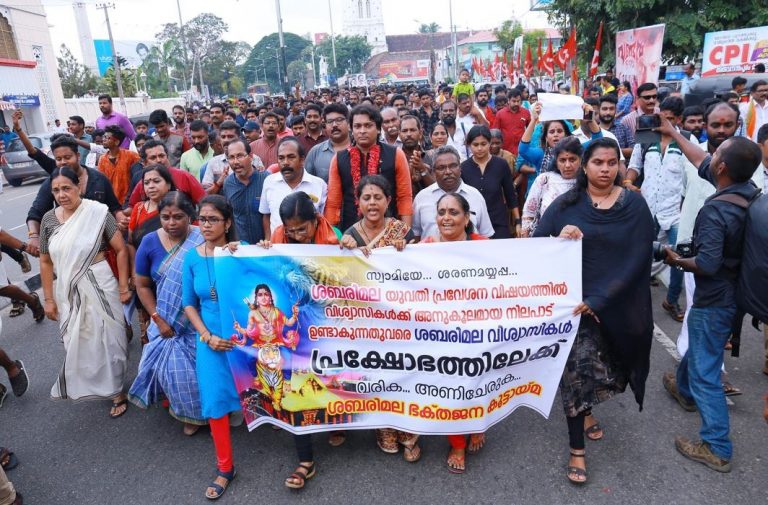 Justice Indu Malhotra, who dissented with the landmark verdict and is set to be on the bench hearing the review, is on medical leave

The review petitions filed in the Supreme Court challenging its landmark verdict that lifted the centuries-old ban on entry of women aged between 10 and 50 to Kerala’s Sabarimala temple are not expected to come up for hearing before January 30.

On Tuesday (January 22), the petitioners in the case sought an urgent hearing by a constitution bench headed by Chief Justice Ranjan Gogoi. Declining the request, Chief Justice Gogoi informed the counsel for petitioners that the petitions are unlikely to be taken up by the court before the end of the month as one of the judges who is to be part of the bench that will hear the review is currently on medical leave.

The Chief Justice said that Justice Indu Malhotra is on medical leave till January 29 and since she will be part of the bench that will hear the review petitions a decision on when the matter should be listed for hearing will be taken only after she returns on January 30.

It may be recalled that Justice Malhotra was the lone woman on the five-judge constitution bench headed by then Chief Justice Dipak Misra which had, on September 28 last year, allowed the entry of women on menstruating age to the sacred hilltop shrine of Lord Ayyappa in Kerala. Notably, Justice Malhotra was also the only judge on the bench who dissented with the majority view that lifted the ban.

The verdict of the top court has, since its pronouncement, led to massive protests by the Hindu right in Kerala over demands that the ban must be continued to protect the ‘eternally celibate’ status of Lord Ayyappa. Recently, the Kerala government had informed that over 7000 women of different age groups had requested permission to visit the shrine since the court’s Sabarimala judgment and that only 51 of these had so far succeeded in evading the right-wing protestors to actually visit the temple.

Though the list of these 51 women submitted to the apex court was later found to be highly inaccurate, with names of some men also mentioned in it, the court had directed the Kerala government to ensure that women who have managed to visit the shrine and believed that there was a threat to their life from the protestors must be granted round the clock security.