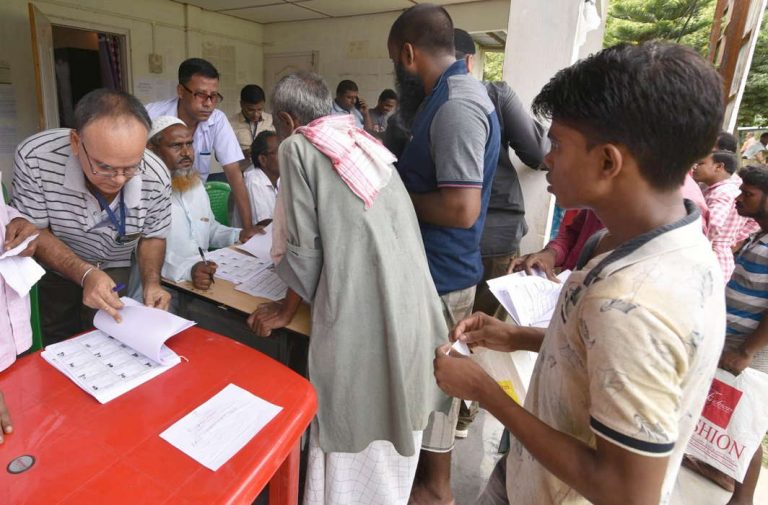 The Supreme Court on Tuesday lashed out at the Union Home Ministry and charged with coming up with different excuses to make sure that the process of completing the National Register of Citizens (NRC) in Assam is not gone through within the stipulated time and insisted there would be no extension beyond the July 31 deadline.

A bench headed by the Chief Justice Ranjan Gogoi rubbished the Attorney General K K Venugopal’s arguments seeking an extension on the NRC by at least 2 to 3 weeks and said that it is apparent that the Centre does not want the NRC to be completed.

A visibly angry Justice Gogoi said that if the ministry and the government are really keen on getting it done, then they should simply cooperate and allow the NRC to be completed. The CJI refused to consider the issue of inadequate security in the wake of Lok Sabha elections. “Elections and NRC could occur simultaneously and peacefully,” said the CJI.

The AG requested the CJI pay heed to its submission regarding the extension, and informed the court that an affidavit could be filed on the explaining the limitation involved in the completing the NRC process on the date given by the court. The CJI simply refused to consider it. When inquired about the number of companies of armed forces required, the government could not give a convincing reply.

The CJI rebutted that it seems AG and SG are not instructed well to communicate about the nature of the issue involved in seeking extension. The court noted that a highly charged political atmosphere could be made an excuse to seek extension too.