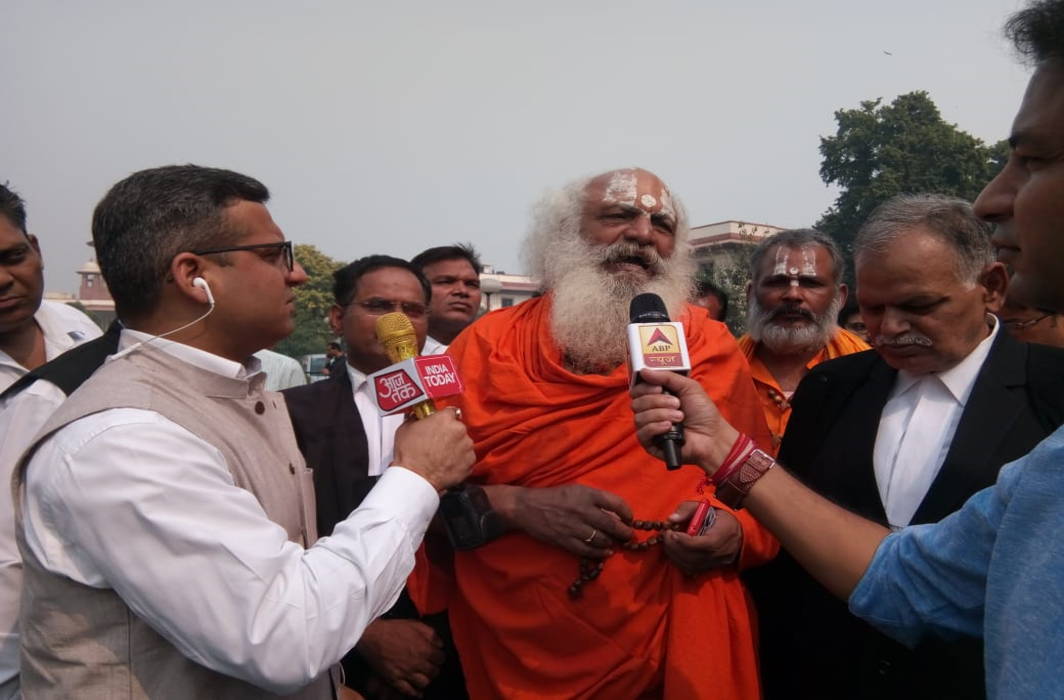 Above: Mahant Ramdas talking to mediapersons after the Ramjanambhoomi-Babri Masjid title case was deferred to January 2019/Photo: Anil Shakya

The Supreme Court bench of Chief Justice Ranjan Gogoi and Justices SK Kaul and KM Joseph has directed to list the long-running Ram Janmbhoomi-Babri Masjid title suit in the first week of January for deciding the date of commencement of arguments in the matter.

A top court bench headed by then Chief Justice Dipak Misra had, last month, cleared the decks for resumption of proceedings in the title suit, also called the Ayodhya matter, and posted it to be heard on October 29.

On Sep 29, the bench had in a majority opinion of 2:1 decided against referring a question of law—whether offering prayers in a mosque is an essential practice of Islam.

The majority opinion, authored by Justice Bhushan and supported by Justice Misra, had ordered the Ayodhya appeals “which are awaiting considerations by this Court for quite a long period, to be now listed in week commencing October 29, 2018 for hearing”.

Usually, this would entail the appeals returning to the Bench comprising Justices Bhushan, Nazeer and a new third judge, replacing Justice Misra, who retired on October 2.

However, the appeals which were posted on Monday before a Bench had neither Justice Bhushan nor Justice Nazeer.

The hearings had got deflected on the question of reference to a Constitution Bench.