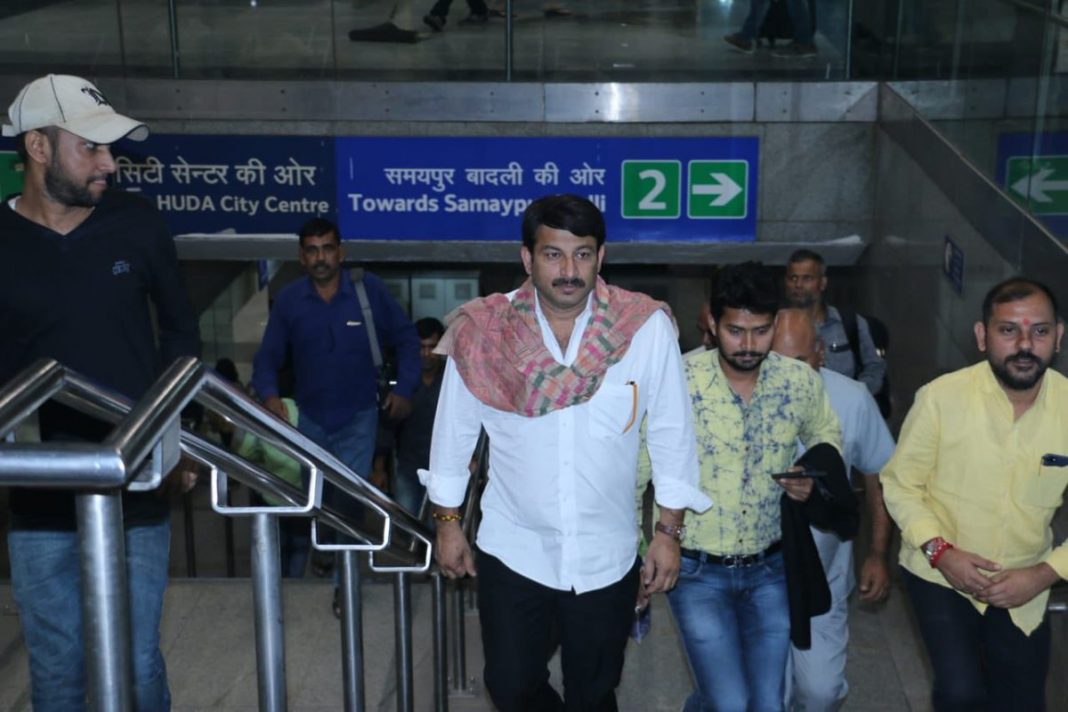 The Supreme Court on Thursday refused to take any action against BJP Delhi Chief Manoj Tiwari for breaking the seal of a locked house in an unauthorised colony in North East Delhi.

While disposing of the petition, the court didn’t find any contempt of court by Tiwari.

“Mr Manoj Tiwari took the laws in his hand and broke and tampered with the seal. He is an MP and a responsible citizen however he did not act so. What shocked us was the reason given by Manoj Tiwari for breaking the seal and instead acting responsibly he acted blindly upon the mob,” said the bench.

The apex court further stated, “It seems he is in his sense but without any cause. Political party to take action if they want. The matter stands disposed of.”

Earlier in an affidavit filed in the court, he said that no contempt was committed by him as he has not disobeyed the orders of either the court or the monitoring committee, and EDMC officials had sealed a premises in Gokalpuri area without following “due process of law”.

He has also referred to the National Capital Territory of Delhi Laws (Special Provisions) Act 2011, and said that this law extends the protection to unauthorised colonies across the city from sealing and demolition action.

“The deponent (Tiwari) had broken the EDMC seal as a symbolic protest against the illegal action of the EDMC officials as they carried out the sealing action contrary to the specific provisions of law and also contrary to the principles of natural justice,” he had said in his affidavit.

“On September 16, when he had gone for a visit in his constituency, he came to know about the sealing of an alleged “illegal dairy”, and when he inquired from EDMC officials about it, they were not ready to offer any satisfactory explanation,” he said.

Tiwari had appeared before a bench headed by Justice Madan B Lokur in pursuance to the contempt notice issued to him for allegedly breaking the seal of a premises. The court had directed him to file an affidavit within a week explaining why contempt proceedings not be initiated against him. An FIR was lodged against him by the East Delhi Municipal Corporation for allegedly breaking the seal of the premises.