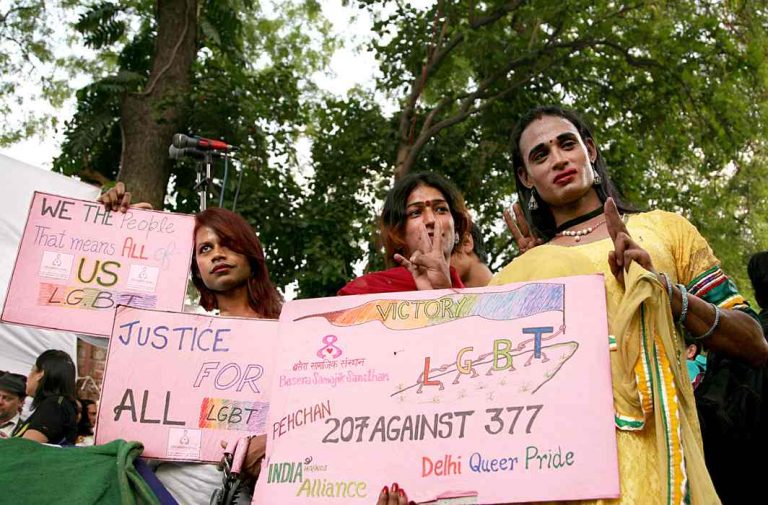 Hearing starts on the contentious issue of criminalisation of LGBTQ

As the Supreme Court constitution bench of Chief Justice Dipak Misra and Justices Rohinton Fali Nariman, A M Khanwilkar, D Y Chandrachud and Indu Malhotra started hearing the validity of Section 377 on Tuesday (July 10), CJI Misra made a very pointed remark which gave an indication regarding the court’s position. He said: “We are not concerned about what they do in their personal lives as long as there is consent.”

At the beginning of the hearings the CJI said: “The previous judgment had limitations, this fresh case doesn’t have any limitations and will be heard.” The issue gains importance in the backdrop of the larger issue, which is about the decriminalisation of Section 377.

It was decided that the decision in the Naz Foundation case needs to be reconsidered.

Senior advocate Mukul Rohatgi began his submissions by stating that “We want a declaration from the SC that our rights are protected under Article 21 (fundamental right to due process, life and liberty).” The counsel said that “emphasis be laid on the Naz foundation judgment the Suresh Kumar Kaushal judgment and the privacy judgment. “

He also referred to the Lawrence case, an American judgment directly on the point of issue.

Justice Nariman said: “Even the European judgments must be cited in future. Even they hold importance.”

He also read reads relevant paragraphs from the NALSA judgment, stating that the Suresh Kumar Kaushal judgment is wrong. “it is not a matter of choice. You’re born with it,” he said.

He clarified that in the NLSA case it was the issue of sexual orientation and not gender. “It has nothing to do with the genes.”

Justice Nariman said: “Order of nature is a relevant concept and sexual orientation is the order of that nature. It is not a medical condition, but merely an order of nature.”

Interjecting, Tushar Mehta said that an application is on board in the same case.

Rohatgi said that RA, an NGO, has filed an application stating the ill-treatment faced by the minority group. In this he cited a Lucknow incident. Sexual intimacy is a key to human development. It cannot be discriminated, he said. “We’re really not talking about gender. Gay men or women don’t call themselves something else,” he said.

That was when the CJI made his observation that “We are not concerned about what they do in their personal lives as long as there is consent.”

It was submitted before the court that Section 377 violates right to life, which also includes right to dignity and sexual orientation and choice of partner.

Justice Chandrachud said that right to choose a partner comes under Article 21 as held in the Hadiya judgment.

Before that it was established by the counsel that the Puttuswamy judgment says privacy encompasses decisional autonomy, that it is a natural corollary that sexual orientation is also covered by that. He also cited the top court verdict upon Triple Talaq to make arguments with respect to manifest arbitrariness to declare a statute unconstitutional.

He also said that transgenders have been granted the protection of Article 14 and there is no reason not to extend the same to those having a different sexual orientation.