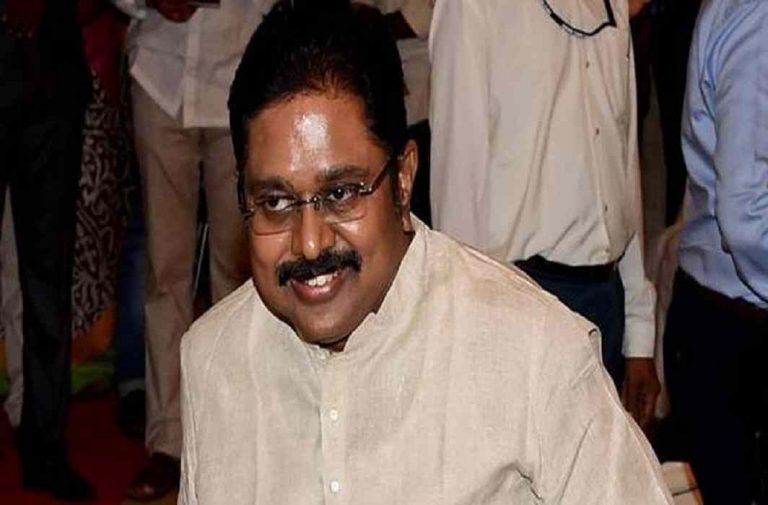 In a setback for former AIADMK leader VK Sasikala’s nephew, TTV Dhinakaran, the Supreme Court, on Thursday (February 7), refused to grant the ‘pressure cooker’ symbol, for now, to the political party founded by him, the Amma Makkal Munnetra Kazhagam (AMMK).

Dhinakaran had founded the AMMK after Sasikala and he were expelled from the AIADMK following a bitter battle with Tamil Nadu chief minister E Palaniswamy and deputy chief minister O Panneerselvam over the political legacy of the late J Jayalalithaa. A large contingent of AIADMK leaders had also quit the party and joined Dhinakaran’s AMMK.

The Delhi High Court had, on March 9 last year, directed the Election Commission (EC) to allot a common symbol, preferably that of a ‘pressure cooker’, and a name to the then AIADMK (Amma) faction led by Dhinakaran. Palaniswamy had challenged the Delhi High Court order in the Supreme Court.

Delivering its verdict in Palaniswamy’s petition, on Thursday, the Supreme Court bench of Justices AM Khanwilkar and Ajay Rastogi said if the High Court does not dispose of the pending case regarding allocation of symbol within four weeks then the Election Commission may proceed as per the March 9, 2018 order.

The Bench added that if polls to vacant seats in the Tamil Nadu assembly are announced within four weeks then the Commission may allocate a symbol to Dhinakaran’s party within a week, as per the High Court order.

The top court also vacated its earlier order of abeyance on the Delhi High Court’s order which was issued after Palaniswamy faction had moved the apex court.

The High Court’s order was passed on an application by Dhinakaran in his main petition challenging an EC order of November 23, 2017, which had allotted the ‘two leaves’ symbol to the group headed by Palaniswamy and Panneerselvam who opposed grant of any relief in the matter.

It may be recalled that Dhinakaran had been allotted the pressure cooker symbol by the poll panel when he contested, and won, the Radha Krishnan Nagar Assembly by-election last year. Following his victory, he had wanted the election commission to issue the same poll symbol for his AIADMK breakaway faction, the AMMK.