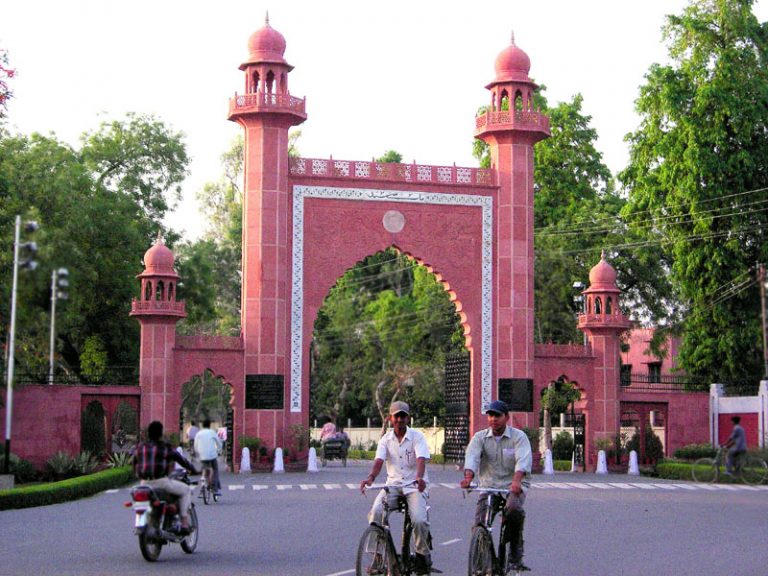 The question of minority status of the Aligarh Mus­lim University (AMU) may be about to reach its den­ou­­ement with a three-jud­ge bench of the Supreme Court, headed by Chief Justice Ranjan Gogoi, last week referring the issue of defining the parameters for grant of minority status to the educational institution to a larger seven-judge bench.

The apex court was dealing with a petition filed by the then UPA government, challenging the Allahabad High Court’s 2006 order holding that the varsity was not a minority institution. While AMU had filed a separate plea against the high court, the central government in 2016 decided to withdraw the appeal on the grounds that a five-judge constitution bench had in 1968 in the Azeez Basha case held that AMU was a “central university” and not a minority institution.

The history of AMU goes back to  1920 when it was accorded university status by an act of parliament, by the then British government. Prior to the establishment of the university, AMU, founded by Sir Syed Ahmed Khan, was functioning as the Mohammedan Anglo-Oriental College, from 1875. In 1951, the AMU Act was amended to remove the compulsory religious instruction to Muslim students, and the university was thrown open to everyone, “to persons of either sex, and of whatever race, creed, caste or class”.

In 1968, the Supreme Court, in its landmark judgment in the S Azeez Basha and Anr vs Union of India case, held that AMU was not a minority institution as it was not established by a minority body. The judgment had further elaborated that the university was established by an act of parliament and not by a religious minority. It was therefore concluded that only institutions “established” by minorities can be “administered” by minorities. Article 30 (1) of the Indian Constitution says: “All minorities, whether based on religion or language, shall have the right to establish and administer educational institutions of their choice.”

According to the Supreme Court in TMA Pai Foundation vs State of Karnataka (2002), a particular community, whether linguistic or religious, can only be called a minority if its strength is demographically low in that particular state. Therefore, calling a community a minority does not depend on its numbers at the national level, but at the state level. In 1981, the AMU Act was amended to give the varsity the status of a minority institution, established by the minority community. However, the question of whether AMU is a minority institution has been left hanging.

Delhi’s Jamia Millia Islamia University faces a similar predicament. Jamia was accorded minority status in 2011 by the National Commission for Minority Educational Institutions. Jamia’s history is linked with AMU. In 1920, when the latter was established, a group of former students and teachers, among them the future president of India, Zakir Husain, set up Jamia in tents outside AMU, as they were upset that the institution was taking funds from the British government. It shifted to Delhi in 1925 and over the next three decades, Jamia’s ethos and functioning were largely aligned with the nationalist movement.

All eyes will be on the seven-member bench that will decide whether the status of the over 100-year-old university remains what it is or needs to change.