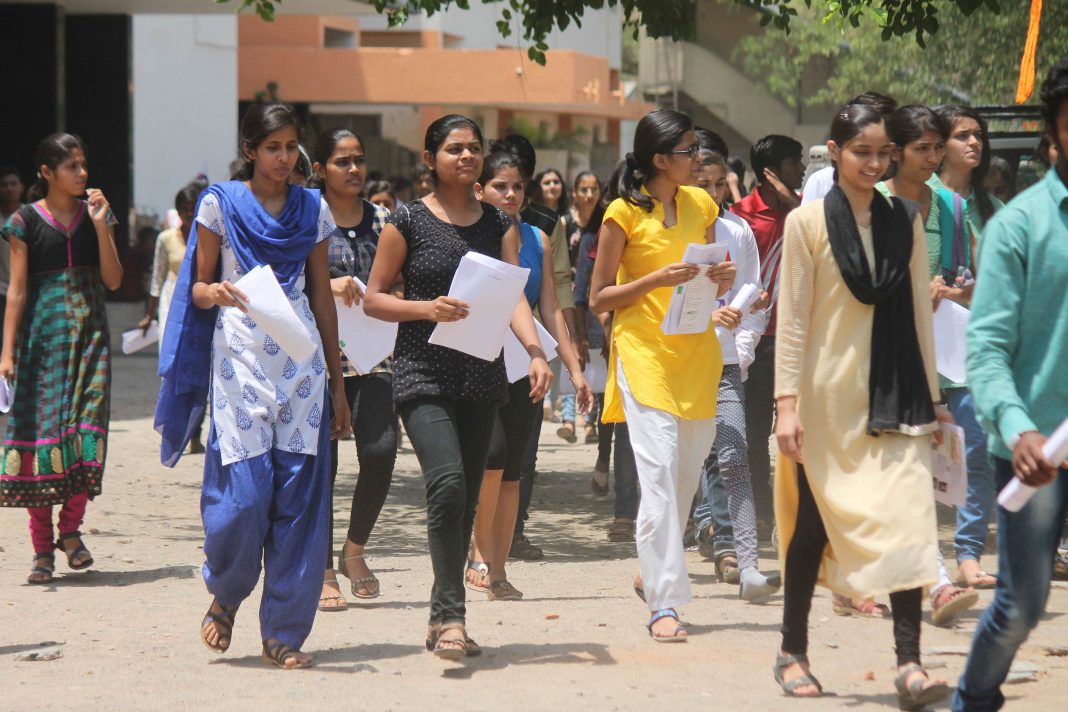 The Supreme Court today has allowed the National Testing Agency (NTA) to declare results of over 16 lakh students who appeared in NEET-UG exam while staying the Bombay High Court order for re-exam of two candidates that held up the results for everyone else.

The bench of Justices L. Nageswara Rao, Dinesh Maheshwari and B.R. Gavai has issued notice to the students/ respondents and stayed the order passed by the High Court stating that they are not inclined to hold the results of 16 lakh students only for two students and grievance of these two students will be solved upon reopening.

The National Testing Agency has approached the Supreme Court challenging the order passed by the Bombay High Court to conduct fresh examination of NEET- UG for the session 2021-22 specially for the respondents herein before declaration of the result.

Fact of the case is that the Respondents were allotted the same classroom in the NEET-UG examination. Examiners of the room before distributing the question booklet and answer sheet opened all the sealed covers at the professors’ desk and mistakenly mixed some of papers and answer sheets. Due to the negligence of the examiner; the answer sheet of the respondents got exchanged. Realising the mistake of the examiner after a while, the respondents pointed out this mistake to the Invigilator.

However, despite making amends to the mistake done invigilators threatened the Respondents with dire consequences of reporting them for causing nuisance and disturbance in the examination hall and thereby committing unfair practice if they further protested. Invigilators clearly violated the norms mentioned in the Clause 7 of the Test Booklet which says-

“7. The CODE for this Booklet is P4. Make sure that the CODE printed on the Original Copy of the Answer Sheet is the same as that on this Test Booklet. In case of discrepancy, the candidate should immediately report the matter to the Invigilator for replacement of both the Test Booklet and the Answer Sheet.”

Counsel of respondents (students) submitted before the High court that the Senior Director of Education has also written a letter to the Dy. Commissioner admitting their mistake while distributing the test booklets and OMR sheets and tendering the apology for the said mistake. They also submitted that because of the mistake committed by Union of India, the Petitioner should not suffer.

The High Court after going through all the facts and circumstances directed the NTA and UOI to find out the solution of the aforesaid problem. In its reply filed by the NTA and UOI submitted that it is not possible for them to find out any solution and particularly, permitting the Petitioners to reappear for the examination in view of there being more than 16 lacs students.

Considering the inability of NTA and UOI to find out any solution and accepting the letter circulated by the Dy. Director of Education accepting their mistake and apologizing for the same, the High Court for the sake of the future of the respondents directed to hold a fresh examination of the Respondent for the Academic Year 2021-2022 and declare the result within a period of two weeks from the day of order passed by the Court.

The High Court had directed the petitioner to give notice to respondents about the date of examination and the centre at least before 48 hours. It had further advised the NTA and UOI to frame appropriate Rules / guidelines for providing remedial measures in case of such difficulties that may arise in similar situations, in future, keeping in mind the interest and future of such students.

The NTA being aggrieved by the order passed by the Bombay High Court has approached the Apex Court through the present petition.