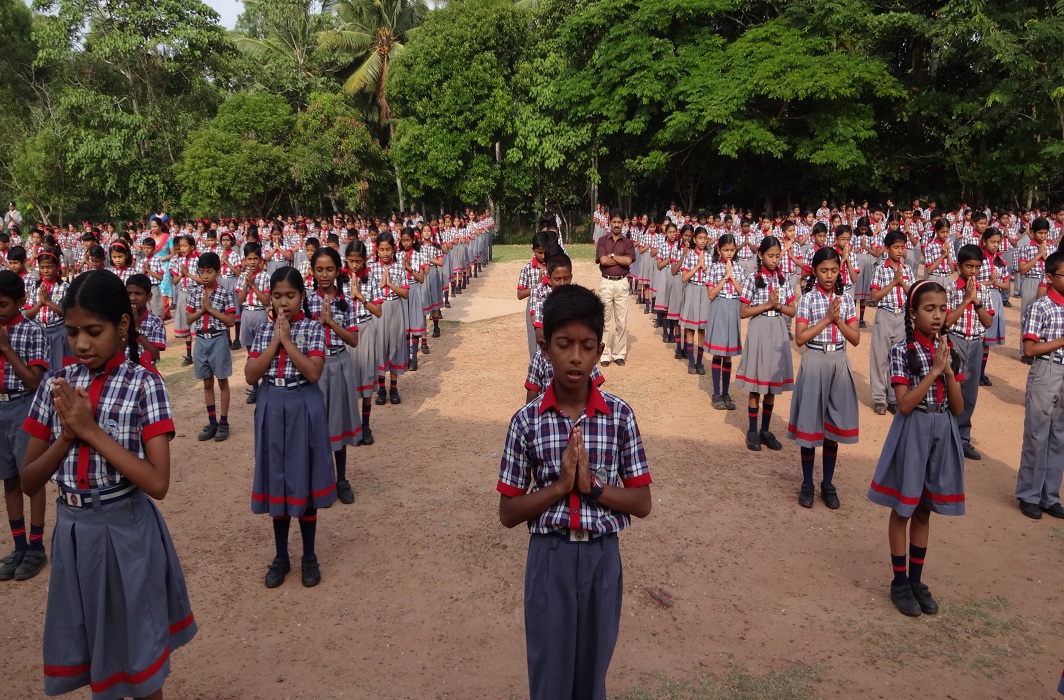 Article 28(1) of the Indian Constitution says “No religion instruction shall be provided in any education institution wholly maintained out of State funds.”

The Supreme Court on Monday admitted a petition challenging the compulsory recitation of Sanskrit and Hindi hymns during the morning assembly session managed and organized by students under the supervision teachers of 1125 Kendriya Vidyalayas spread across various states in the country. The petition has been put up for hearing before a five-judge Constitution Bench of the apex court. The petition challenges the daily singing of the prayer “Asato Ma Sadgamaya”.

The petition has been filed by lawyer Veenayak Shah, a native of Madhya Pradesh, who claimed that his children have schooled from a KV. The petition urged the Supreme Court to ask the Kendriya Vidyalaya to “discontinue any form of prayer from the Morning Assembly or otherwise.” Shah argued that making children begin their day by reciting prayers impedes inculcating a scientific temperament among the students. Shah cited that the current practice violates the fundamental rights under Article 28(1) and Article 19 of the Constitution of India.

The petition argued that students and teachers are entitled “either to pray according to the prayer practices of their religion and according to the teachings, customs, ways of worship and practices and rituals; or not to pray at all. The exercise of these Constitutional rights includes the right to not pray at all”.

A bench led by Justice RF Nariman, during the hearing said that the matter should be placed before the Chief Justice of India for reference to an appropriate bench. Solicitor General (SG) Tushar Mehta submitted that the government should be heard before the petition is referred to a larger bench. Mehta agrued that the prayer does not have any religious connotation, instead it is secular in nature.

Justice Nariman told the SG that prayer was from the Upanishads and the arguments could be placed before the five judges’ bench.