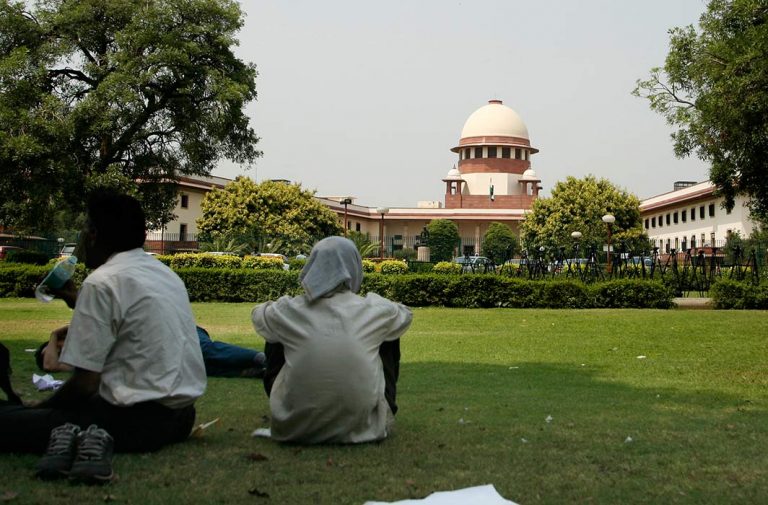 Supreme Court on Tuesday directed State of Uttar Pradesh to consider allotment of plot to one Udham Singh Yadav in Industrial Area, Firozabad after 34 years.

A bench of Justices Arun Mishra, Justice Vineet Saran and Justice S Ravindra Bhatt hearing an appeal against the orders passed by the Allahabad High Court which allowed a writ petition filed by Udham Singh Yadav under Article 226.

In the background of the case Udham Singh Yadav had applied for an industrial plot in the Industrial area of Firozabad, U.P. for setting up and industrial unit way back in 1985. However his application was not considered and one of the other applicant way back then Mr Devi Charan Agrawal had filed an application for allotment of the plot directly to Ministry of Small Scale Industries and was allotted an industrial plot on the recommendations of the special secretary of general manager district industries, Firozabad.

Allahabad High Court bench comprising of Justices Rakesh Tiwari & Shashi Kant had allowed the writ petition of Udham Singh Yadav and declared that the allotment of industrial plot to Devi Charan Agrawal as ultravires and not in accordance with law as the allotment was supposed to have been transparent, non discriminatory and the policy of first come first served to be followed. However, the allotment at hand was out of favouritism and nepotism on the part of the State Government and thus was set aside by the High Court of Allahabad.

Following which, a SLP has been filed by Devi Charan before the Supreme Court of India against the orders passed by Allahabad High Court. Wherein, Supreme Court made the observation that Devi Charan Agrawal has been allotted the plot in accordance with law, however it cannot be denied that the application of Udham Singh Yadav have been neglected since 1985, which is against the principle of natural justice.

Supreme Court also observed that Devi Charan Agarawal has invested Rs 2 Crore in the development o f the allotted plot and is carrying out business on the same and removing him from that plot would result in sickening of a good running enterprise which is not what the court wants. However, the dispute as to allotment of plot to Udham Singh Yadav is concerned the bench directs the state to seek space in the industrial area of Firozabad to accommodate Udham Singh Yadav (except for administrative block). The bench has allowed for the affidavits to be filed regarding the same, as prayed for by the learned Additional Advocate General appearing for the State within the month of November, 2019.