The Court pronounced its order on the appeal filed by a man convicted and sentenced to life imprisonment for murdering a man who had developed relation with his wife. 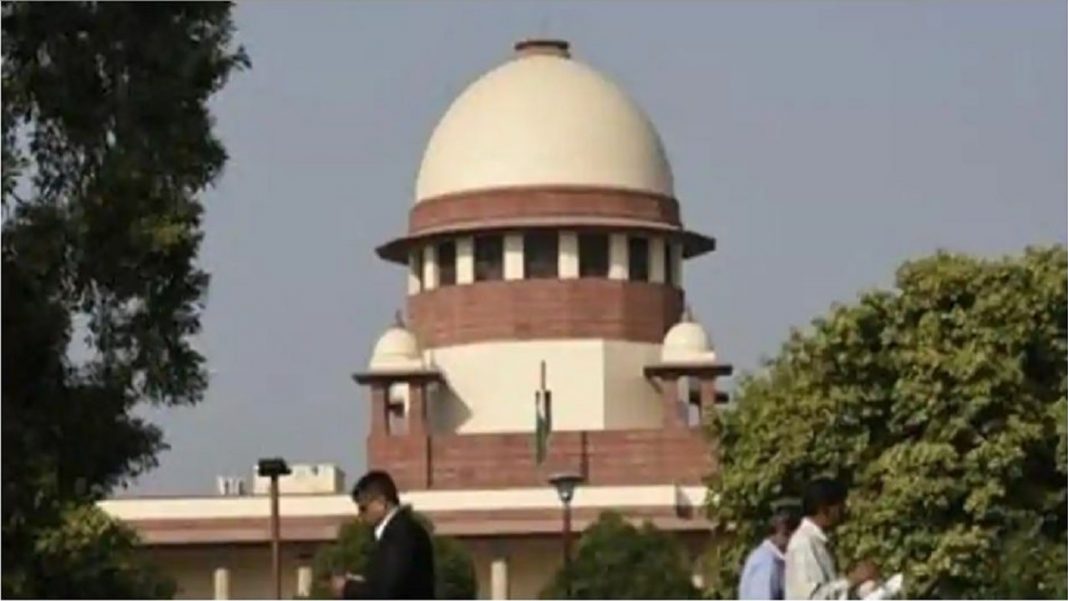 The Supreme Court has dismissed an appeal filed by a man convicted and sentenced to life imprisonment under Section 302 of the Indian Penal Code while stating that the prosecution has proved his guilt beyond a reasonable doubt by leading cogent evidence.

The bench of Justice Ashok Bhushan and Justice R. Subhash Reddy has noted that the appellant has already served sentence more than 11 years.

“It is needless to observe, that after completing 14 years of sentence it is open to the appellant to make representation for remission of the sentence. If such representation is made, the concerned authority/Jail Superintendent has to send the same to the Government which is to be considered with the policy of the State,”

The Court pronounced its order on the appeal filed by a man convicted and sentenced to life imprisonment for murdering a man who had developed relation with his wife. The Apex Court upheld the conviction and sentence under section 302 r/w 34 IPC and section 25(1B)(a) of the Arms Act, 1959 passed by the learned session’s judge and affirmed by High Court of Punjab and Haryana.

It was the case of the appellant/ convict that the High Court of Punjab and Haryana has erroneously upheld the conviction order passed by the learned sessions judge, where another person who was convicted by the learned sessions judge was acquitted while the appellant herein was not. The high court had held that the prosecution was failed to prove its case against the other accused.

The appellant had married a woman, who is the daughter of the other co-accused. It was the case of the prosecution that because of the relationship of the deceased with the wife of the appellant, the appellant and other co-accused have decided to eliminate the deceased. “It is true that the entire case rests upon circumstantial evidence. In ocular evidence, there is a deposition of two prosecution witnesses who are brother and mother respectively of the deceased. Merely because two of the witnesses are related to the deceased, that by itself, is no ground to discard their testimony. If their testimony is corroborated by other evidence on record, same can be relied on to establish the guilt of the accused,” noted the Supreme Court in its order.

The Court further said It was submitted by the learned counsel for the appellant that the conviction is solely based on circumstantial evidence only and the other witnesses are the interested witnesses (a relative of the deceased). Some other contentions were that the witnesses had introduced new theories; also it was not proved that the weapon recovered from the appellant was used in commission of the offence.

The learned Additional Advocate General appearing for the State drew attention to various witnesses where the guilt of the appellant is proved regardless their relation with the deceased. It was also submitted that the motive of the appellant was also established i.e. the deceased has developed relation with the wife of appellant. It is further submitted that the forensic report also supports the case of the prosecution to show that the weapon recovered at the instance of the appellant from the residence of appellant’s relative was used for committing the offence.

It was observed by the bench that, as there is no appeal by the state against the acquittal of the second accused by the High Court, the bench is rather inclined only to examine whether the circumstantial evidence on which basis the conviction of appellant is recorded, establishes the guilt of the accused or not. The court considering the contentions of the learned AAG observed that, from the deposition of the doctor and the post-mortem report it was made clear that the weapon recovered was same as used in the crime.

Though it was contended by the learned counsel for the appellant that on same set of evidence while acquitting the other accused there is no reason to confirm the conviction and sentence so far as the appellant herein is concerned. In the impugned judgment, the High Court has recorded reasons for acquittal of the other appellant, PW­3 in his deposition has clearly stated that when he along with his mother and deceased went to Badhra, after some time the deceased was separated from them, and came back along with appellant and other accused in a Maruti car. It is stated by PW­3, at that time deceased stated that he was going to Haridwar and would come back in 3­4 days. Thereafter, deceased went along with both the accused. To the same effect is the statement mother of the deceased. From the said evidence on record, it stands established that the deceased was last seen in the company of appellant and other accused only, noted by the Apex Court.

The bench therefore considered the view that prosecution has proved the guilt beyond reasonable doubt and further the motive was also proved thereby dismissing the appeal as devoid of merits.