The petitioner has urged the Court that the entire matter must be directed to be inquired and investigated and Asthana be prosecuted in accordance with law. 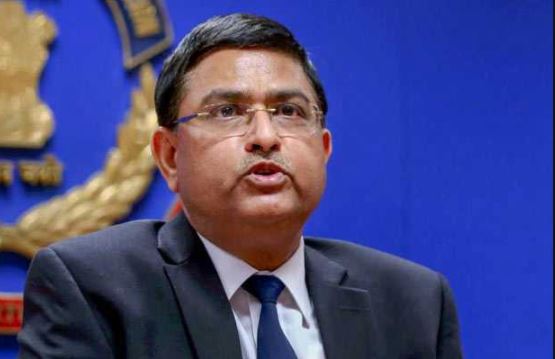 The Supreme Court on Monday dismissed a petition as withdrawn seeking criminal prosecution under Section 7 and 7A of the Prevention of Corruption Act against BSF Director-General Rakesh Asthana.

The division bench of Justice L. Nageswar Rao and Justice Ravindra Bhat dismissed the petition filed by Mohit Dhawan. The petitioner alleged that while serving as CBI Special Director, Asthana hijacked the entire criminal justice system in connivance with other police officers of Chandigarh and conspired to obtain undue advantage, for himself and his close family friends.

Asthana falsely and illegally implicated and intimidated the petitioner by abusing his official position through corrupt means and corrupt activities and attempting to extort money from him through police officers by conniving with them. He therefore exercised his personal influence in contravention of various provision of Prevention of Corruption Act, particularly Section 7 & 7A of the Prevention of Corruption Act , the Petitioner contended.

In the Petition, it was stated that a complaint to this effect was made before the Central Vigilance Commissioner (CVC) and Central Bureau of Investigation (CBI) on 18-09-2019, 27-07-2020 and 17-08-2020 but the authorities did not initiate any action or adjudication or prosecution against Asthana.

The petitioner has urged the Court that the entire matter must be directed to be inquired and investigated and Asthana be prosecuted in accordance with law, since he is an alleged criminal in uniform and the kingpin who runs the gang of extortionists by intimidating and implicating the innocents including the petitioner.

It is pertinent to note that petitioner, Dhawan was booked in a cheating case back in 2018 where a complaint was filed by Gertrude D’Souza, a US citizen, who had got a dental implant procedure done at his clinic in 2017.

In November 2020, the Punjab and Haryana High Court had dismissed a petition filed by Mohit Dhawan against Rakesh Asthana and former Chandigarh DGP Tajinder Luthra in the case for filing a fake FIR against him and seeking transfer of a probe into a cheating case registered against him to outside the Chandigarh Police’s jurisdiction or any other agency.