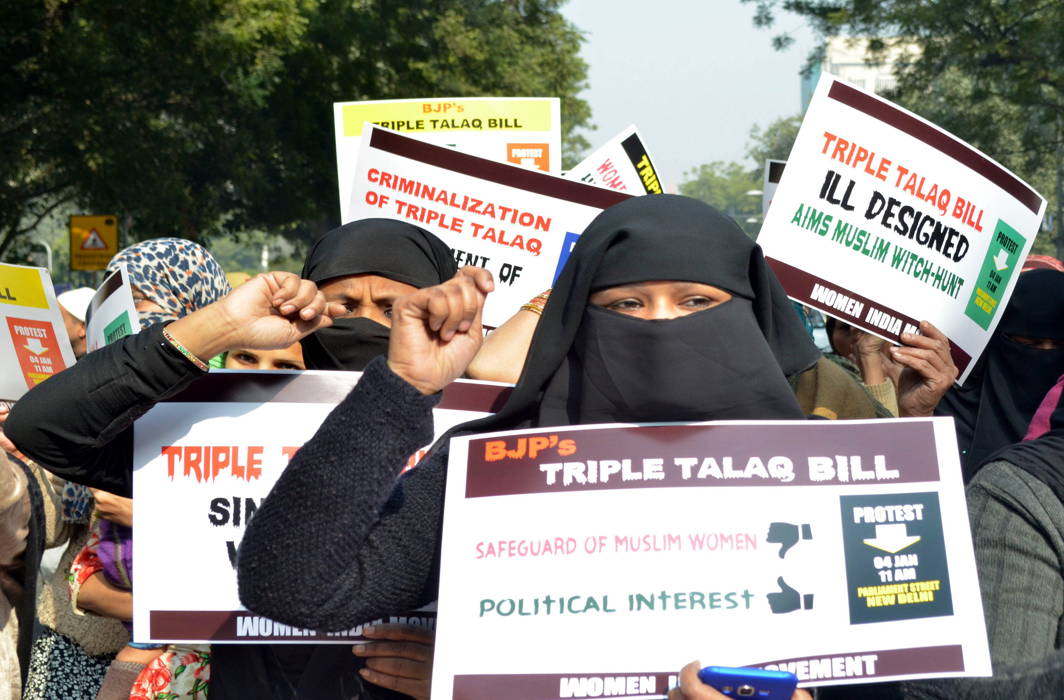 The Supreme Court has issued notice to the Centre on a batch of pleas that challenged the newly-enacted law that declared instant Triple Talaq invalid. As per the law, the practice of instant divorce through triple talaq among Muslims is now a punishable offence that entails imprisonment of up to three years.

On August 23, a bench of Justices N V Ramana and Ajay Rastogi sought replies from the Centre on a batch of petitions which has sought to declare The Muslim Women (Protection of Rights on Marriage) Act 2019 as “unconstitutional” on grounds that it allegedly violates the provisions of the Constitution, agencies reported.

“We will examine this,” the bench told senior advocate Salman Khurshid, who was appearing for one of the petitioners.

Khurshid told the bench that there were many dimensions, including making the practice a punishable offence and jail term of up to three years, which was required to be examined by the top court.

One of the plea filed by Jamiat Ulama-I-Hind, a Muslim body has sought revocation of The Muslim Women (Protection of Rights on Marriage) Act, on the grounds that it allegedly violates the provisions of the Constitution.

The other plea filed by Samastha Kerala Jamiathul Ulema, a religious organization in Kerala has also sought annulment of the Act claiming it unconstitutional.