Senior Advocate Mukul Rohtagi, appearing for the petitioners, requested the bench led by the Chief Justice S.A. Bobde for an adjournment to have a look at the affidavit filed by the respondent. 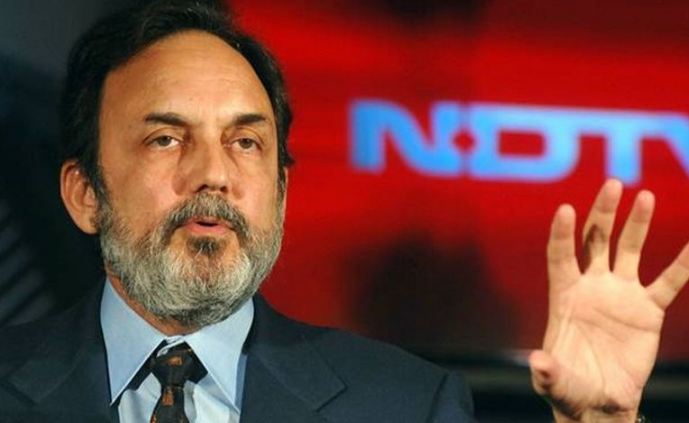 The Supreme Court on Monday deferred to February 5, the hearing of a petition filed by NDTV promoters Prannoy Roy and Radhika Roy against the order of the Securities Appellate Tribunal (SAT) to deposit 50 percent of the disgorged amount before markets regulator SEBI within four weeks.

Senior Advocate Mukul Rohtagi, appearing for the petitioners, requested the bench led by Chief Justice S.A. Bobde for an adjournment to have a look at the affidavit filed by the respondent. Justice A.S. Bopanna and Justice V. Ramasubramanian were also on the bench. The matter has now been listed for hearing on Friday.

Earlier, the bench had adjourned the matter as it wanted the appeal heard in accordance of law. The undertaking was made pursuant to the Chief Justice asking Rohatgi whether the petitioners were willing to give security failing which the Tribunal may not hear them.

On the previous hearing, Rohatgi had made an undertaking to file the statement of the shares along with the values which the petitioners are offering as guarantee in view of the orders of the Tribunal.

In two separate orders passed on January 4, the tribunal noted that the appeals filed by the petitioners needed consideration and directed the appeals to be listed before the tribunal for final disposal on February 10, 2021.

The petitioners had filed an appeal in SAT against a Sebi order passed in November, whereby the market regulator had barred them from the securities market for two years and also directed them to disgorge illegal gains of Rs 16.97 crore for indulging in insider trading more than 12 years ago.

Did you find apk for android? You can find new Free Android Games and apps.
Share
Facebook
Twitter
Pinterest
WhatsApp
Previous articleSupreme Court grants liberty to Kerala guru to approach HC again on detention of his live-in partner
Next articleMarried daughter has right to get compassionate appointment: MP HC