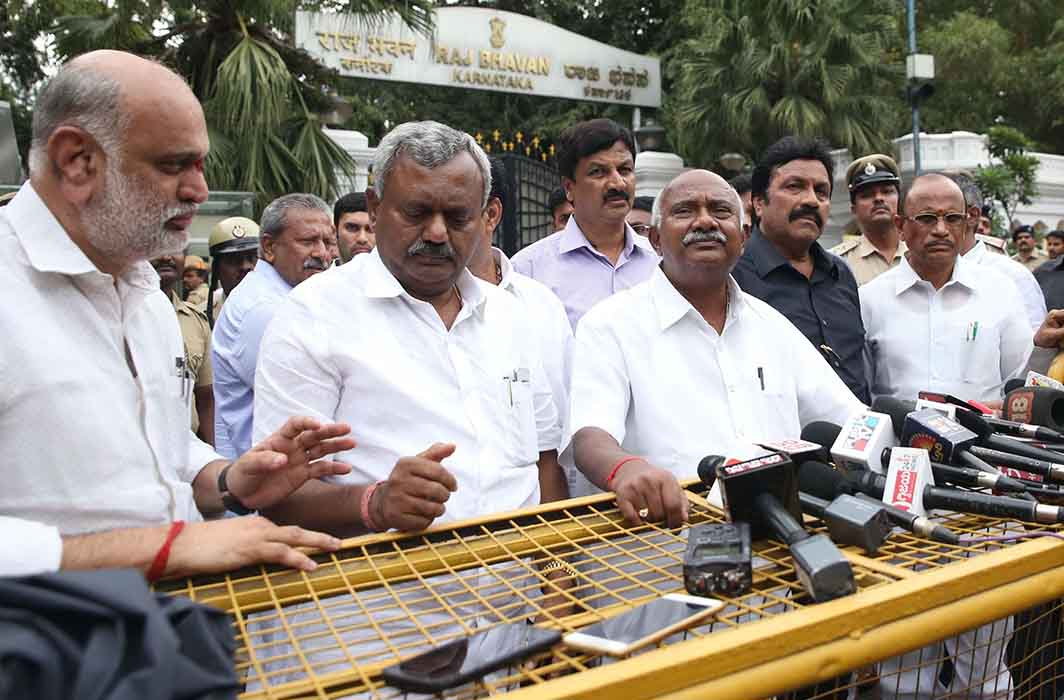 The Supreme Court will pronounce its order on Wednesday morning at 10.30 am on the 15 Karnataka rebel MLAs’ plea for a direction to the Speaker to decide their resignations.

The rebel MLAs had met speaker Ramesh Kumar last week to hand over their resignations. However, Kumar has been maintaining that he needed to examine if the resignations were in ‘proper format’. He also took a stand where he said that it needed to be checked whether the resignations have been submitted ‘voluntarily’.

The BJP had alleged that Ramesh Kumar was intentionally delaying decision on the resignations as he wanted to keep the government affloat. Allegations were also made that acceptance of resignations was kept pending as it will enable Congress-JD(S) to bind rebel MLAs to party whip.

In the meantime, rebel MLAs had approached the Supreme Court urging it to direct Ramesh Kumar for accepting their resignation. Congress-JD(S) and the BJP were closely guarding their ranks after the rebellion. Rebel Congress-JD(S) MPs had been earlier flown to Mumbai and were kept in Renaissance Hotel in Powai. Loyal Congress-JD(S) MLAs and BJP MLAs were herded to different resorts near Karnataka.

Congress received a minor, short-lived reprieve couple days ago when 1 of the rebel MLAs gave clear hints that he will take back his resignation. However, the MLA flew to Mumbai the very next day to join rebel MLAs. Given all developments so far, a decision by the Supreme Court has create ripples in Karnataka and even national politics.

Earlier on Tuesday, following a few raps on the knuckles form the Supreme Court, the Speaker Ramesh Kumar has sought time till Wednesday to  decide on the resignation and disqualification of rebel Congress-JDS MLAs.

“What stopped the Speaker from deciding their resignation? Speaker could have termed them as involuntary but why didn’t he decide within 24 hours and take a call on disqualification? This Court ordered a floor test within 24 hours, appointed a pro tem Speaker, where’s the issue of jurisdiction?” the court asked the counsel for the speaker.

The rebel MLAs who had petitioned the Supreme Court to get Assembly Speaker to quickly decide on their resignations told the Supreme Court  today that they could not be forced to attend the assembly for the trust vote scheduled this Thursday if they do not want to go.

The Congress’ ploy, senior lawyer Mukul Rohatgi told a bench led by Chief Justice of India Ranjan Gogoi, was to issue a whip ordering them to vote in the assembly and later disqualify them if they disobey.

“The game is to issue a new whip and argue Supreme Court’s (status quo) order was limited to the previous whip… The idea is to overreach the court’s protection” said Rohatgi, who is a former attorney general, said.