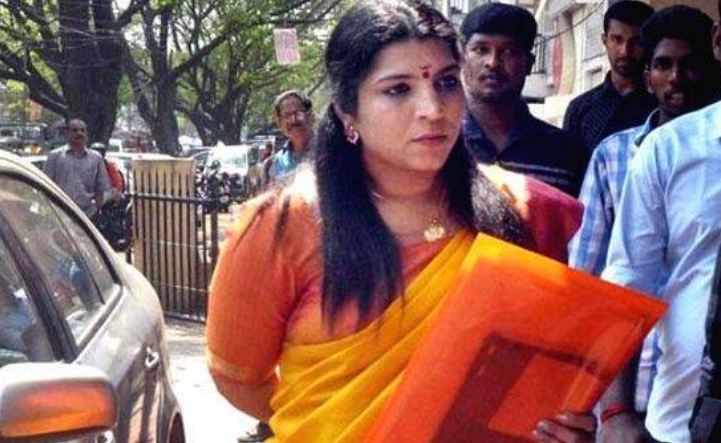 The Supreme Court on Wednesday rejected the plea of Saritha S. Nair, the accused in the solar scam, seeking cancellation of the election of Ernakulam MP Hibi Eden.

The three-judge bench of Chief Justice S. A. Bobde , Justice A. S. Bopanna and Justice V. Ramasubramanian rejected the petition.

Nair had also submitted her nomination to contest the Lok Sabha polls from Ernakulam constituency. However, as she was convicted in a criminal case for more than two years, the returning officer had rejected the nomination. The petitioner had approached the Kerala High Court challenging this decision but the HC dismissed her petition. Following that, she filed a plea in the Apex Court.

“Therefore, we hold that the petitioner was disqualified from  contesting the elections in terms of  Section 8(3) of the Act. In
such circumstances, she could not have maintained an election
petition as  “a candidate at such election” in terms of Section 81(1). Therefore, the  High Court was right in not venturing into an exercise in futility, by taking up the election petition for trial, though the High Court was wrong in rejecting the election petition
on the ground of existence of incurable of defects,” the judgment reads in conclusion.

During the 2019 Lok Sabha elections, the returning officers had rejected Saritha Nair’s nomination papers filed in Wayanad and Ernakulam constituencies. Saritha had approached the apex court challenging Rahul Gandhi’s victory from Wayanad Lok Sabha constituency. However, a bench led by Chief Justice S A Bobde had dismissed that plea.