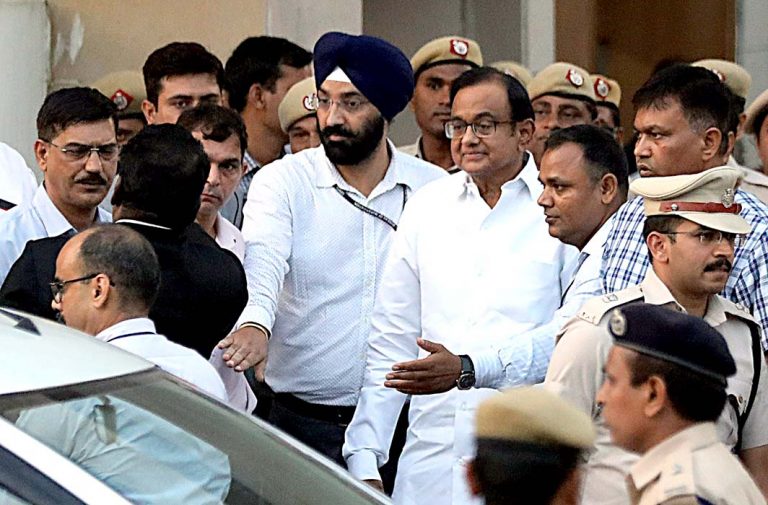 The Supreme Court on Friday reserved judgement on a plea of former Union finance minister P Chidambaram against the order of Delhi High Court that dismissed his bail plea in the INX media case.

The Delhi HC had in a major setback for the Congress leader on September 30 rejected his bail plea. Chidambaram, then moved the Supreme Court seeking bail. The Delhi HC, while denying the bail, relied on the evidence submitted by the Central Bureau of Investigation (CBI) which among others alleged that “two material witnesses were approached by the accused to not say anything against him”.

During hearing today, Solicitor General (SG) Tushar Mehta said that investigation in the INX Media case  is largely over but against other beneficiary companies is still underway and thus Chidambaram’s custody was essential for more questioning.  He referred to the many high profile men who had fled the country in the recent past and compared Chidambaram  to a flight risk. “We are witnessing a time where persons guilty of financial offences are fleeing the country. I’m not comparing, but arguing on principle. Please examine the petition dispassionately on the question of flight risk. We have burned our fingers already, we don’t want to suffer again,” Mehta said.

Chidambaram’s counsel senior advocate Kapil Sibal countered by saying that “in the last two years, they (CBI) investigated me only once. Either the CBI is incompetent or did not have the intention to. Even during the time in Judicial cusotody, they could have taken Court’s permission and interrogated but didn’t”.

Two days ago, the CBI told a bench headed by Justice R Banumathi that they have “cogent material” about how Chidambaram had tried to influence witnesses. It further said that the impunity with which he had abused the high office of finance minister for “personal gains” disentitles him from getting the relief. The CBI Counsel read out the relevant portions of counter affidavit filed by the agency and said that Chidambaram’s plea was devoid of merits and no case has been made out by him for grant of bail.

Chidambaram, 74, has sought bail from the apex court saying that the CBI wants to keep him in jail to “humiliate him”. His counsel had argued that he has been in custody for 55 days and there were no allegations against the former finance minister or his family members of having ever tried to approach or influence any witness in the case.

Chidambaram was arrested by the CBI on August 21 and is lodged in Tihar jail under judicial custody in the corruption case. On Wednesday, the Enforcement Directorate (ED) arrested him in connection with a related money-laundering case.

The CBI had registered an FIR on May 15, 2017 alleging irregularities in a Foreign Investment Promotion Board (FIPB) clearance granted to the INX Media group for receiving overseas funds of Rs 305 crore in 2007, during Chidambaram’s tenure as the finance minister.

Thereafter, the ED had lodged a money laundering case in this regard in 2017.

Read the written submissions of Solicitor General Tushar Mehta below: