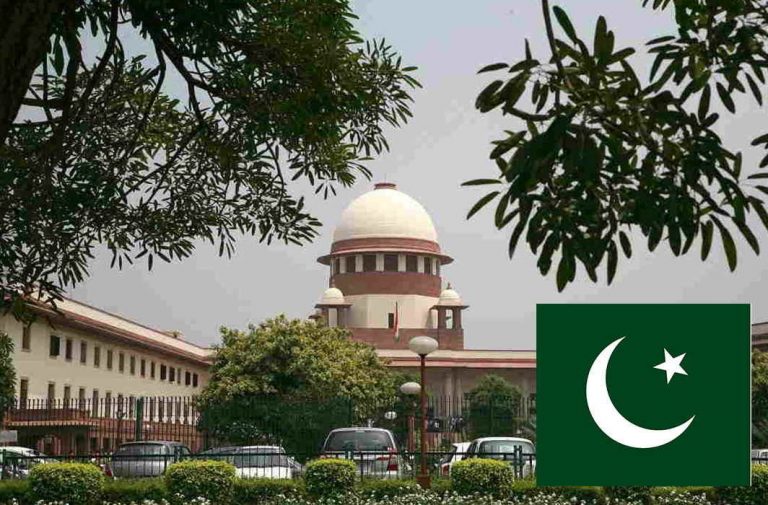 The Supreme Court on Friday granted two weeks to the Centre to reply on the plea of UP Shia Waqf Board Chairman Syed Waseem Rizvi who has sought a ban on hoisting of green flags with a crescent and a star, on buildings across the country.

The petitioner has claimed in the plea that the flag bears a striking resemblance to the flag of the Pakistan Muslim League and therefore should be dispensed with as Pakistan is an enemy country of India.

“The Indian Muslims are using these flags treating it as an Islamic flag allegedly causing tension between the two communities. Such flags were being  unfurled in Muslim-dominated areas with immense lawlessness and the crescent and star in a green backdrop does not constitute Islamic practice and does not have any position or connotation in Islam,” claimed the plea.