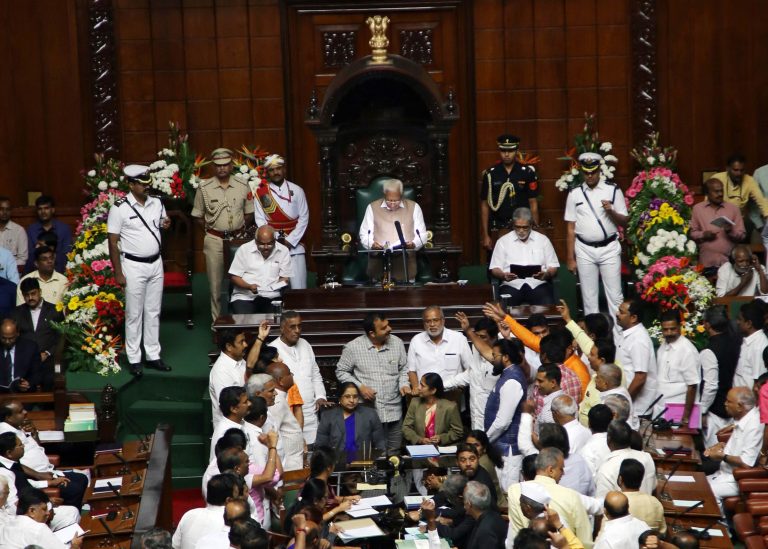 A bench headed by CJI Ranjan Gogoi decided to hear the plea after Senior Advocate Mukul Rohatgi approached the court saying that plea should be heard.

The court tagged the plea along with the main petition of 10 Karnataka MLAs who had also approached the apex court saying that the Karnataka Speaker was not accepting their resignations.

The court said that it will hear the plea tomorrow along with the main plea.

The five MLAs — Munirathna, Anand Singh, M T B Nagaraj, K Sudhakar and Roshan Baig — told the court that they wanted to be impleaded as a party in the ongoing hearings.

The legislators said in the plea that their fundamental right was being curtailed by the Speaker as they as public representatives have the right to resign from their office.