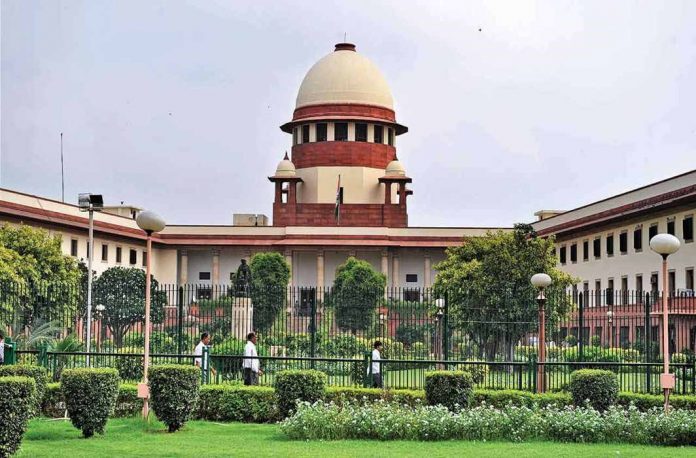 The Supreme Court bench of Justices Arun Mishra, S. Abdul Nazeer and M. R. Shah  in Prem Singh v State of Uttar Pradesh allowed appeals by employees against Uttar Pradesh government, thus holding that services rendered in the work-charged establishment should be treated as qualifying service for grant of pension.

The question involved in the matter was whether Rule 3(8) of the Uttar Pradesh Retirement Benefit Rules, 1961 and Regulation 370 of Uttar Pradesh should be struck down?

The fact of the matter is that the appellant was appointed as a welder in the year 1965 in a work-charged establishment. A committee later recommended for regularization of his service. When he superannuated he filed a writ petition in the High Court to count period spent in the work-charged establishment as qualifying service under the Rules of 1965. Reliance was placed on the case of Habib Khan v. State of Uttarakhand in which a division bench of the Supreme Court considering Regulation 370 of Civil Service Regulation which was approved by Uttarakhand held that the Regulation 370 is pari materia to the one contained in Rule 3.17(ii) of Punjab Civil Services Rules which had been struck down by a Full Bench of Punjab and Haryana High Court.

Learned Advocate General of Uttar Pradesh, Shri Raghuvendra Singh submitted that the Rules and Regulations in the State of Uttar Pradesh and Punjab are different. He also submitted that work-charged services cannot be treated as regular service even for Assured Career Progression. The Supreme Court also noted from the facts that work-charged employees were subjected to similar conditions as regular employees.

The Supreme Court said, “The employment of work charged employee had been made on monthly salary and they were required to cross the efficiency bar also. How their services are qualitatively different from regular employees?”

The Court also observed that “it was unfair on the part of state government and its officials to take work from the employees on the work-charged basis. The Court thus ordered, “we hold that services rendered in the work-charged establishment shall be treated as qualifying service under the rule for grant of pension.”