Fair and truthful reporting is normally not a problem when it is used to agitate others. It's as important as providing lathis to the policemen 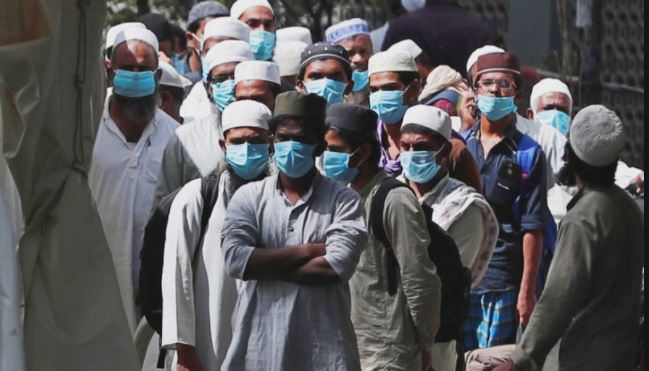 The Supreme Court on Thursday asked the Central Government about its powers under the Cable TV Networks (Regulation) Act 1994 that enable it to regulate broadcast content on electronic media which has the capacity to provoke violence.

The bench of Chief Justice S.A. Bobde, Justices A.S. Bopanna and V. Ramasubramanian heard the batch of petitions including the one by the Jamiat Ulema-e-Hind. “We aren’t concerned so much with what people are saying, people say anything these days. We are concerned with situations that may create violence and lead to loss of property and life,” the bench said during the hearing on pleas seeking action against news reports communalizing the Tablighi Jamaat event.

CJI Bobde said, “Your affidavit does not show how the Cable Television Network Act is applicable. Why are you asking us to mix up cable, television and network?”

The petitioners in this case had alleged that certain sections of the media pinned the blame on the entire Muslim community for spreading coronavirus across the country in the backdrop of the Tablighi Jamat markaz in New Delhi.

On the previous occasion, the bench was not satisfied with the Centre’s affidavit. It had said that there was not a whisper about the Cable Television Network Act.

The CJI said, “Under which section has the Centre acted under the authority/mechanism. If there is a mechanism, then it should look into the petition also. If you are the authority, then why should someone else decide the matter? If there is no authority, you create an authority otherwise, we will hand over the matter to some other independent authority.”

To this, Solicitor General Tushar Mehta said Cable Television Network is a network through which these programmes are broadcast. On which, the CJI replied that it is not the same thing. The greater may include the lesser. Just because cable television network regulates it does not mean it includes television.

Mehta said he would convey this to the government and seek instructions accordingly.

The CJI then noted: Yesterday, you (Centre) shut down the internet and mobile internet because of the farmers’ visit to Delhi. I’m using the non-controversial term. You have shut down mobile internet.
These are problems that can arise anywhere. I don’t know what happened in the TV yesterday.

“Fair and truthful reporting is normally not a problem. Problem is when it is used to agitate others. It’s as important as providing lathis to policemen. It’s an important preventive part of the law and order situation.”

Mehta: In case of a terror attack, some channels are unintentionally guiding the terrorists.

CJI: I was in the Bombay HC when the incident took place. But we shall not discuss that here.