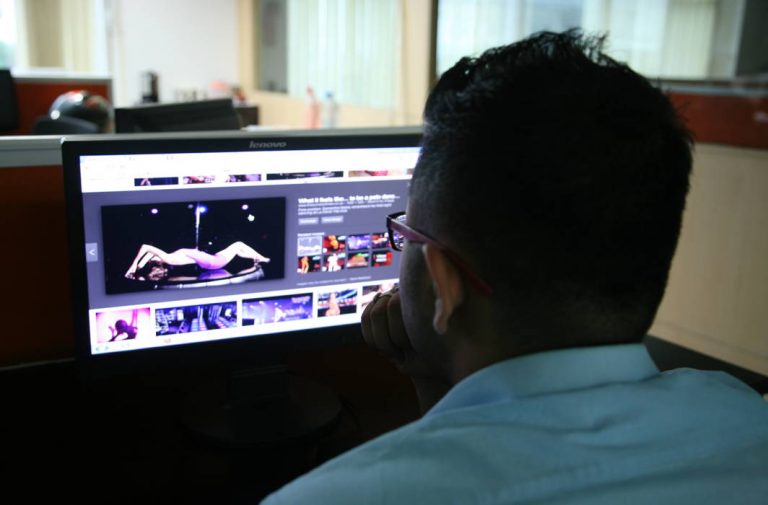 Though the Supreme Court has okayed proposals to check online sexual abuse of women and children, internet giants have been casual in implementing them

Hopelessly irresponsible.” “Everything is money.” “Are you mouthpieces of your clients or citizens of this country?” “You are trying to make a fool of everybody.” “You can’t put the people of this country to ransom.” “We are not at your mercy.” “Your government is doing nothing, you just have meeting after meeting, while people are getting lynched; nobody seems to be bothered.” “Let it happen, as long as it doesn’t happen to me, it is all right seems to be your attitude.”

These words of Justice Madan B Lokur of the Supreme Court on July 27 are, to many regulars in his Court, nothing more than clichés. But for those seeking to understand the anguish of the judge uttering these words, they underline the exasperation of the judiciary in bringing about much-needed regulation of the internet and social media which  are playing havoc with India’s social and moral fabric. The sense of urgency and the deadlines are understandable as Justice Lokur will be retiring on December 30 this year, before which he wants to ensure that his judicial initiatives bear some results.

On February 18, 2015, a bench comprising Justices Lokur and UU Lalit, popularly known as the Social Justice bench, received a letter from Prajwala, an NGO, about videos of sexual violence being circulated in abundance. After hearing the counsel for the parties, the Supreme Court passed an order on March 22, 2017, constituting a committee to assist and advise it on the feasibility of ensuring that videos depicting rape, gangrape and child pornography (CP) were not available for circulation. This was to protect the identity and reputation of the victims and also because circulation of such videos cannot be in public interest.

A 20-member committee comprising various stakeholders was constituted under the chairmanship of Dr Ajay Ku­mar, then additional secretary, ministry of electronics and information techno­logy. The stakeholders included representatives of Facebook, Google, Yahoo, Microsoft, and WhatsApp. The committee commenced its proceedings on April 5 last year and met on a day-to-day basis. It sought the advice of experts, who made presentations. Susie Hargreaves, CEO, and Fred Langford, deputy CEO, Internet Watch Foun­dation, UK; Professor Venkatesh Babu, IISc, Bengaluru; John Shehan, National Center for Missing and Exploited Children, US; and Atul Kabra, security expert, FireEye, Bengaluru, were some of the experts it consulted. It also received inputs from experts in other countries.

After a threadbare discussion, a comprehensive report was submitted to the Court by the committee in two volumes. All the parties before the Committee agreed on certain recommendations based on proposals made during the deliberations. These proposals were quite elaborate (see box).

On January 8, the Court noted in its order that an online cyber crime reporting portal had been developed with the access name www.cyberpolice.gov.in and that this was undergoing a security audit and testing and trial. The Court expected that it would be operational soon. “Certain features will be made operational by January 10, 2018, and offered to public such as anonymous reporting of CP/rape/gang rape content and online registration of cyber complaints which will be forwarded to the concerned state/UT police authorities for appropriate action,” the Court said, quoting the centre’s submission.

On March 22, 2017, the Supreme Court passed an order constituting a committee to assist it on the feasibility of ensuring that videos of sexual violence were not available for circulation. The stakeholders included representatives of Facebook, Google, Yahoo, Microsoft, and WhatsApp. These were its proposals:

Certain other features were likely to be made operational by February 10 on providing status update of complaints to registered complain­ants, portal access to other stakeholders willing to register for providing inputs on CP/rape/gangrape content and maintaining the hashtag of obscene content, the Court noted in its order. It also said that Facebook was developing or has developed a new “proactive detection” technology for real time screening through artificial intelligence. Facebook was asked to file an affidavit in this regard.

For much of 2017-18, the hearings in the case were held in-camera by the Court in deference to the pleas of the parties, as they were debating the proposals submitted and agreed to by them. Since July, the hearings are once again open to the public so that it acts as a check on the parties, who continue to defy the Court-imposed deadlines for compliance with its orders.

On July 27, the inaction of these internet giants so irked the Court that it told them that for each day of non-compliance, it proposed to impose a fine of Rs 5 lakh on them individually. The Court had already imposed a fine of Rs 1 lakh on each of them for delay in filing affidavits. This forced the companies to assure the bench that the proposals would be complied with in letter and spirit within 30 days.