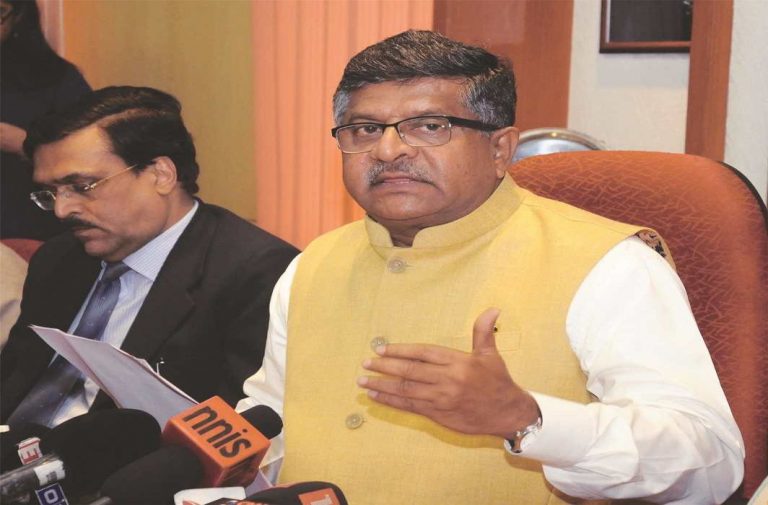 The Triple Talaq bill was tabled in Rajya Sabha today with Union Law Minister Ravi Shankar Prasad saying that the Bill was crucial in safeguarding justice for Muslim women and should not be seen through a political perspective.

Prasad urged the Rajya Sabha members to support the passage of The Muslim Women (Protection of Rights on Marriage) Bill, 2019 saying that the practice was being continued despite apex court banning it through its judgment.

“This subject should not be seen through a political prism or votebank politics. This is a question of humanity. This is for ensuring justice to women, dignity and empowerment to women and to ensure gender dignity and equality,” he said.

Prasad emphasized on the number of Triple Talaq cases which have come into the light and said that as many as 574 cases has been reported after the Supreme Court judgment.

“As many as 101 cases have come into the light after the last ordinance criminalising the practice. The judgement has come, but no action on triple talaq has been taken. That is why we have brought this law, because the law is a deterrence,” the Minister said.

Prasad further added that instant Triple Talaq has been banned by more than 20 Islamic countries. But the practice has not been banned in secular India due to one reason or the other.

The Congress MP Amee Yagnik countered the Bill and said: “How are you going to provide support to the woman seeking assistance. How are you going to take care of the children who don’t even know why their parents are fighting in court? Do you have provisions of providing psychological counseling to those children?”

The Bill proposes to make the triple talaq as cognizable offence. It also provides allowance to victim women and their dependent children. The offence is made compoundable with the permission of the Magistrate at the instance of the married Muslim woman upon whom talaq is pronounced.

The opposition’s main problem lies with the penal provision of three years for a Muslim man practising triple talaq. The Bill also says the accused can get bail only from the magistrate before the trial starts, provided his wife concurs.