In January this year, when the District Consumer Disputes Redressal Forum in Chandigarh directed the well-known retail chain, Lifestyle, to stop charging for paper carry bags from its customers, the impact on consumers was palpable. Suddenly, consumers around the country began to give voice to their resentment over a practice perpetrated for long by some of the big stores.

The order of the Consumer Forum was in response to a complaint filed by a couple—Pankaj and Sangeeta Chandgothia. Sangeeta had purchased some clothes at the store and was irked when the store, that sells everything from socks to jewellery, sunglasses to designer watches, said she had to pay Rs 5 for a paper bag to carry the clothes from the store. What annoyed her even more was that the bag was advertising the retail brand!

The retail chain told the consumer court that ever since plastic bags were banned, they were giving paper bags and charging for it. Consumers who did not wish to pay were free to bring their own bags. Dismissing that argument, the Forum said that the ban on plastic does not entitle shopkeepers to charge for its substitute. Shops are obliged to provide carry bags free of cost to customers to carry the purchased items. After all, purchasers cannot carry the items in their hands, the Forum said, while directing the store to refund the cost of the bag, pay Rs 1,500 as compensation, Rs 1,500 towards litigation expenses and Rs 10,000 to the Consumer Legal Aid Account.

In the last six months, consumer courts have had to deal with several such complaints. In Chandigarh, Sapna Vasudev filed a similar complaint against Westside and Dinesh Prashad Raturi against Bata India, resulting in the District Forum directing the stores to provide carry bags free of cost.

In Ernakulam, DB Binu filed a complaint against three stores—Lulu Hypermarkets, Reliance Smart and Big Bazaar—for selling carry bags that promoted their brands. His plea was slightly different. He argued that if the retailers wanted to sell bags, they must provide plain bags without their branding or advertisement. The District Forum agreed and directed the stores to make available plain bags without advertisements (as well as those with advertisements for those who wanted it).

Retailers obviously are not happy with these developments and have begun to challenge the orders of the District Forums, saying there was no legal obligation on their part to provide a carry bag free of charge to customers who buy goods from them. In March and April this year, the Chandigarh (Union Territory) State Consumer Disputes Redressal Commission upheld the orders of the lower consumer forum in two cases and held that selling carry bags to consumers was an unfair trade practice. The Commission pointed out that in large outlets, you have to either hand over your bag to the security man at the entrance or have it stapled in such a way that it cannot be used for carrying anything else.

Even though the issue of carry bag pricing has come to the fore now, the practice has its origin in an ill-conceived provision in the Plastic Waste (Management and Handling) Rules, notified by the Union Ministry of Environment and Forests, way back in 2011. Meant to provide for a regulatory framework for management of plastic waste generated in the country, the Rules mandated shopkeepers to provide only those plastic bags that were in conformity with the standards prescribed under the Rules. In 2011, when retailers were directed not to provide free carry bags, the government hoped that this would trigger four positive tendencies—encourage businesses to change over to specified standards for plastics, force consumers to bring their own bags instead of buying the plastic bags, thereby bringing down their consumption and also finance plastic waste management efforts by the civic bodies.

However, all it did was to start a new trend—of retailers asking consumers to pay for an essential item to take goods: the carry bag. Gradually, this got extended to paper bags too, even though this was not mandated under the Rules. In fact the Rules clearly defined a “carry bag” as a bag made out of plastic. So the direction to the retailers not to provide carry bags free only applied to plastic bags, but in the absence of consumer resistance, large outlets brought out fancy paper bags with their advertisement splashed on both sides and asked customers to pay for it.

Ironically, one of the reasons for asking consumers to pay for the bag was to finance plastic waste management by local bodies and this cost was, therefore, to be built into the pricing of the carry bag. And the civic body concerned was required to determine the minimum price of these bags by taking into account the material cost and the cost of waste management and issue a notification to that effect. However, it is anybody’s guess as to how many municipalities complied with this requirement.

The Gujarat High Court, however, dismissed it in 2014, saying the Ahmedabad Municipal Authority was complying with the statutory provisions and consumers had an option of rejecting the plastic bag.

However, while replacing the 2011 Rules with a new set of Rules in 2016, the Ministry of Environment and Forests pointed out that the old rules were silent on the mode of transfer of money collected by retailers by selling the bags to the municipal authority for waste management! The ministry also commented that most municipal autho­rities had not fixed the cost of carry bags.

Thus the 2016 Rules asked retailers using plastic bags to pay a certain amount as plastic waste management fee at the time of registration and also put up notices at prominent places in retail outlets, indicating that bags would be provided only on payment. It’s anyone’s guess how many would have complied with this. And the local body, the rules said, shall utilise the amount paid by customers for the carry bag exclusively for the sustainability of the waste management system!

In March 2018, when the government notified certain amendments to the 2016 rules, it dropped the specification of consumers having to pay for the plastic carry bag obviously because by then several states had already banned or were planning to ban plastic bags completely and so the provision had become irrelevant. But retailers, who had started levying a price, ranging from Rs 3 to Rs 14 per bag, were loathe to give up the practice.

The provision pertaining to the sale of carry bags in the Rules served just one purpose. It put on consumers an additional cost of paying for carry bags that serve as a medium of brand promotion for large retail stores. And that’s not a small burden if you are shopping at several places in a mall or buying large amounts of groceries requiring several bags. As for the store, even a small margin of profit on the bag would add substantially to its coffers. Even if they are sold at cost price as claimed by many stores, consumers are still paying for the printing of the advertisements which is unfair and unethical. Hopefully, the order of the Chandigarh State Commission will be upheld, thus bringing the practice to a halt. 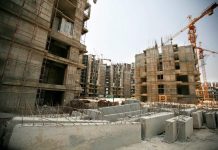